I have to say, this working for a living lark really throws a spanner in the works with regard to the old free time stuff. My "little part-time job" is now not so little and not really very part-time any more and as a result, on my day off, I seem to spend the whole day running around like a loon trying to get things done before the work malarkey sucks up all my spare time again. Today I have cleaned out the chickens and moved their run to a nice fresh bit of grass, dumped a whole pile of hay in the field shelter for the llamas, given the dogs a nice long run in the field, done 3 loads of washing, 1 huge load of dish-washing, changed the sheets on my bed and hoovered the house ...... and that was all before lunchtime! I even managed to fit in a bowl of scrambled eggs on toast for breakfast, although I did lose a large chunk of egg to a sneaky cat that pinched it out of my bowl when I went to answer the door to the postman. I hardly used to notice doing the housework and the animal jobs when I had my stall at the market because I used to do them bit by bit throughout the week, fitting them in around my sewing. Now, I feel the need to get everything done on my day off so that when I get home from work in the evening I don't actually have very much to do. Don't get me wrong, it's not that I don't find the money extremely useful, I do, but I liked the pottering around the house and the relaxed nature of sewing when I felt like it and cleaning when I felt like it. It was a nice, genteel sort-of way of earning a bit of extra money. Sadly though, financially, it became all too apparent that I needed a regular income rather than the sporadic, seasonally driven income I got from the stall, which is why I made the decision to find a job. Eventually I would still really like a job that I could do from home again. That is the ultimate goal for me and hopefully one day I will successfully manage to do just that but until then, I will carry on being a whirling dervish with a duster :-)

On a happier note, the postman delivered a rather heavy padded envelope this morning. I had no idea what it was so was rather excited to have a peek. It turned out to be 4 samples of stone flooring. I am assuming they were ordered by a certain person who is still tearing his hair out because of my ever-changing floor tile wavering. I have to say I do love them but will need to see what they look like once they have been sealed. They need to be sealed on all sides before they are cemented into place and I'm assuming they will be a bit darker once they have been. 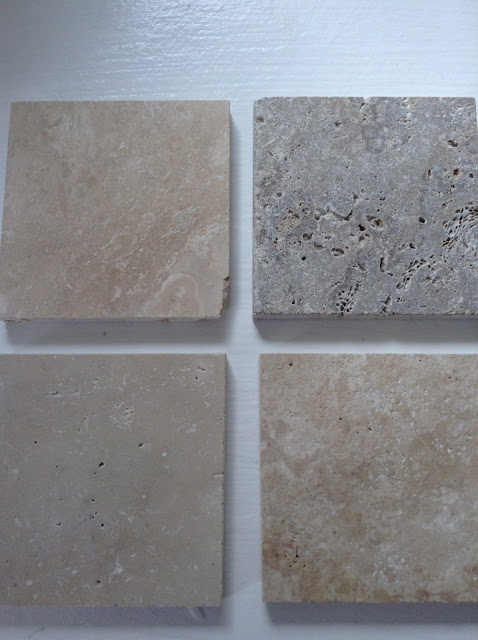 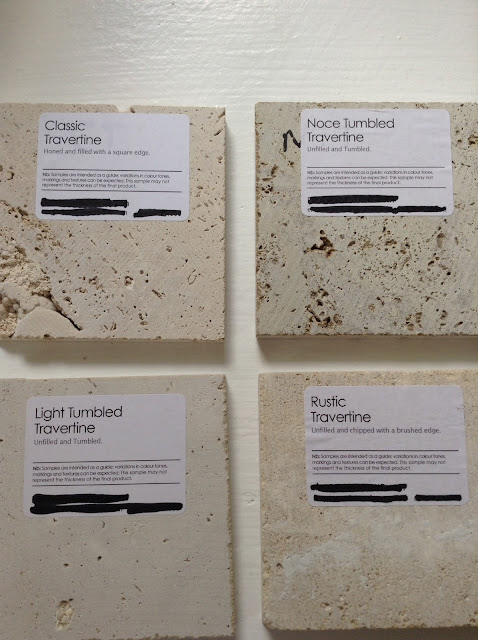