Well, it is when it works! A couple of days ago, my mobile phone gave up the ghost. It wasn't a flashy, all-singing-all-dancing phone, it was just a basic bog-standard phone and it was perfectly adequate for making phone calls and sending texts which is, after all, the only things I tended to use it for and if I remember correctly, it was a hand-me-down from my daughter. Not that I have any problem at all with hand-me-down phones. As long as it works, I don't care one bit if it's been "pre-loved" ...... I think is the term now lol. Still, I was left with the the problem of sourcing a new phone and I have to confess, I actually wanted to buy myself something new, a shiny new phone that was just for me. The trouble is, I don't like spending large sums of money .... on anything ..... it brings me out in a cold sweat. However, when someone hinted that I was a bit of a Luddite where technology is concerned and told me I was so 90's for referring to the Bluray player as a DVD player (you know who you are DCM!) I got brave and I ordered myself ......... an iPhone 6!!!! Then I had to sit down and have a large cup of tea!! (It would have been a stiff G&T except I didn't have any). It promptly arrived the next day and it's so deliciously shiny and sleek that I can almost forgot about the fact it cost more than my car!!!! (I drive a beat up old Toyota at the moment because last year when my old car went to the great scrapyard in the sky, I was between jobs and an old banger was all I could afford. My car cost me £435, my phone cost £20 more, hence the cold sweat and deep breathing!!!). Luckily, it's interest free over 3 months which makes it a much more affordable option and I totally love it. Ain't technology grand.

And speaking of Grand ..... I thought I would include an couple of pictures of my lovely trip to Venice of the bridges and the fabulous architecture and the Grand Canal ..... see what I did there, what a seamless piece of writing. Seriously though, Venice is a beautiful place. Very, very hard on the feet though because unless you are going to take water taxi's and gondolas everywhere, which can work out kind of expensive, your only option it to walk everywhere. My daughter and I walked miles. In fact, according to her fitness tracker, we walked between 7 and 8 miles a day! Because of this, the Venitians have come up with ingenious ideas for moving stuff around and almost everyone has a boat of some description parked outside their house. Everything from sofas to groceries are either moved around by boat or wheeled through the streets on little trolleys. The postman had a little cart to deliver his letters, as did the dustbin people who pulled the carts of rubbish bags through the streets to the nearest boat. We saw boats filled with bricks and planks of wood and bags of cement going off to do renovations on a house and there was this ingenious little fruit and veg stall, again on a boat that presumably just transports his produce to wherever he needs to be. 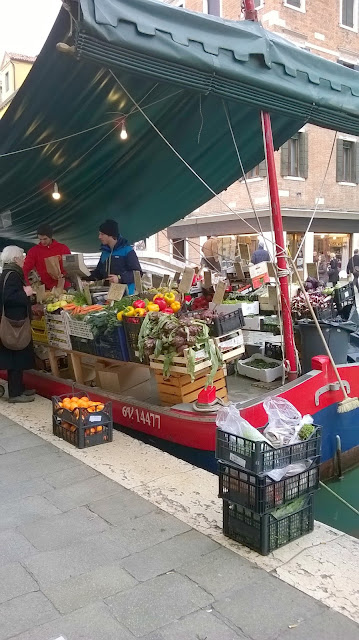 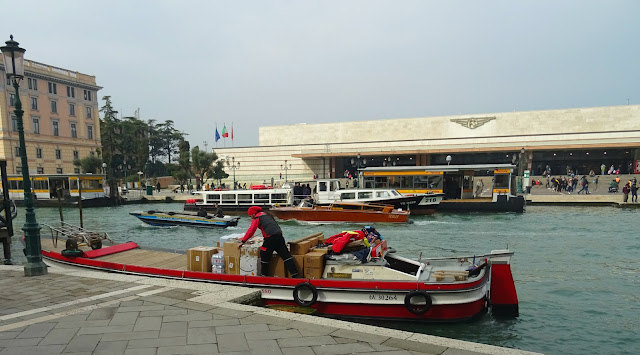 The streets and teeny and filled with beautiful houses painted in fabulously soft terracotta and ochre and every so often, you will come out of the maze of tiny streets and be in a beautiful square, with a church and more beautiful houses. It was lovely just wandering around the place looking at how amazing everything was. I don't think I have ever seen so many churches in such a small area and pretty much all of them very beautiful. Even the ones that on the outside looked like little more than run-down old brick buildings had beautifully decorated walls and ceilings inside and although most of the churches are happy for you to go in and have a look around, I feel that churches should be private places and it always makes me slightly uncomfortable. We did venture into a few of them though and the artwork was just amazing. 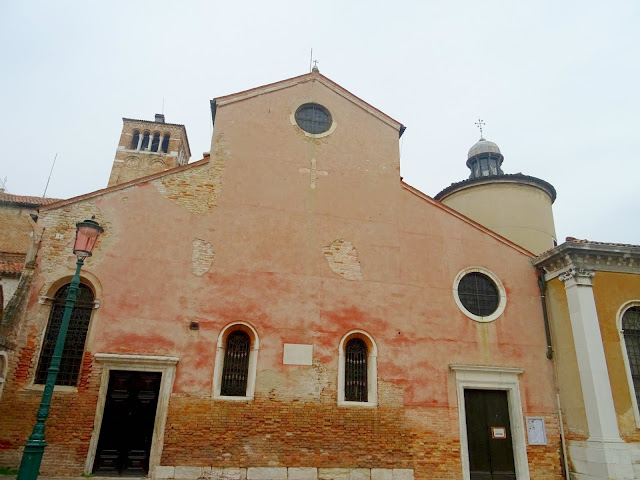 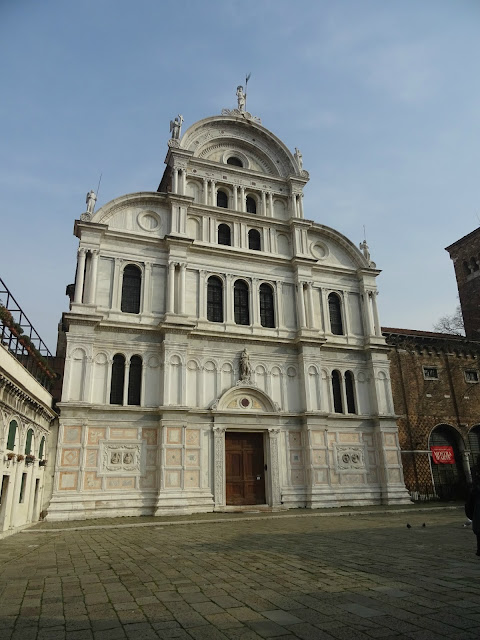 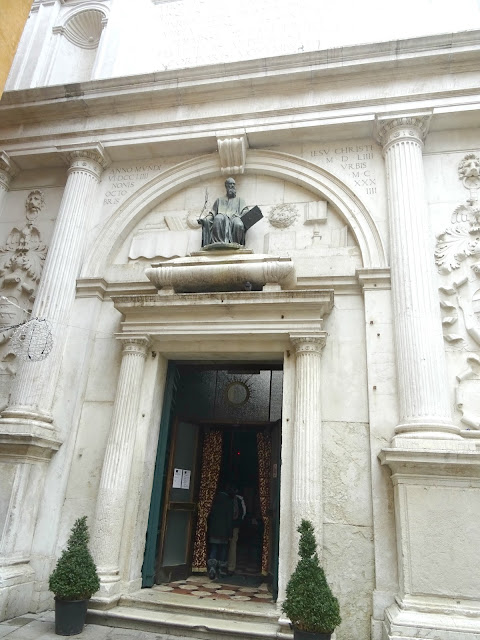 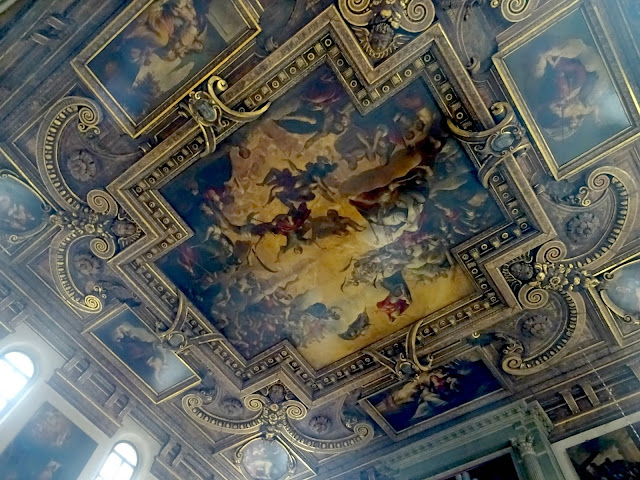 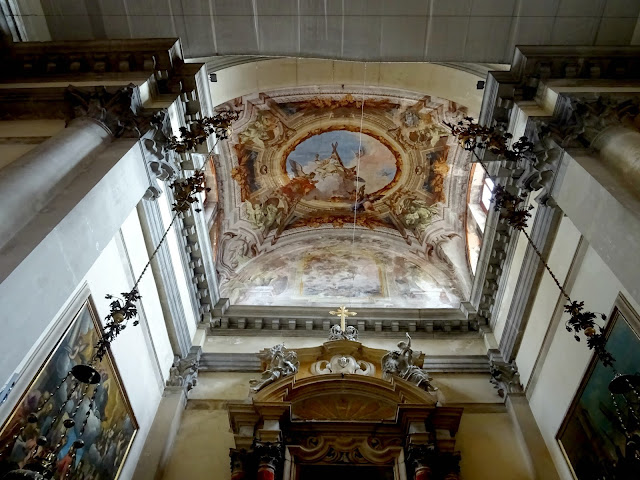 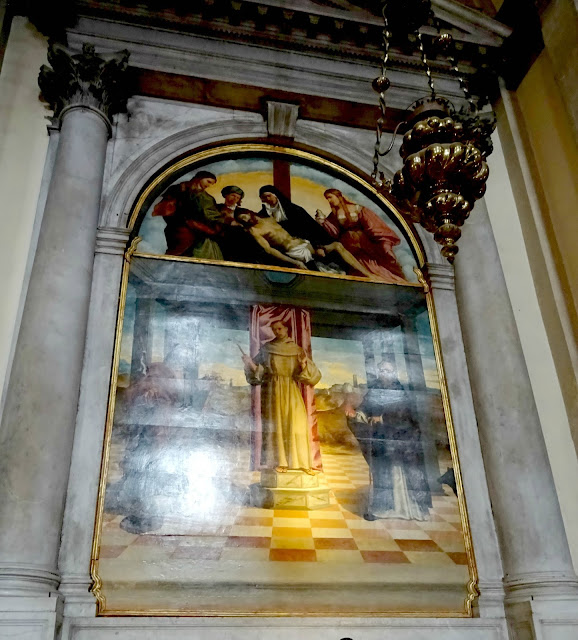 The one thing that did spoil it for me though was the amount of graffiti. It was everywhere. On the beautiful old buildings all over the city. Big ugly swathes of hideous graffiti. It was so disappointing and although I have no idea what could be done to stop it, it seems such a shame that the buildings are ruined in that way. The other thing that amazed me was the sheer volume of people that were in Venice when we were there. We were there from a Sunday to Wednesday in mid-February and I had assumed, wrongly as it turned out, that being there during the week there would be fewer people. It was really, really busy. There were hundreds of people, which was slightly overwhelming in such narrow streets and you sort of get carried along with the stream of people making it hard to stop and take a good look around. Getting a photo of places without anyone in them was near impossible but I'm nothing if not patient :-) 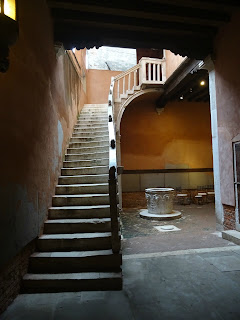 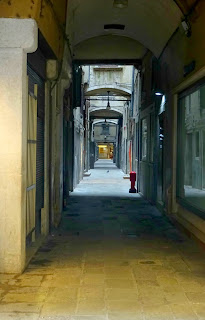 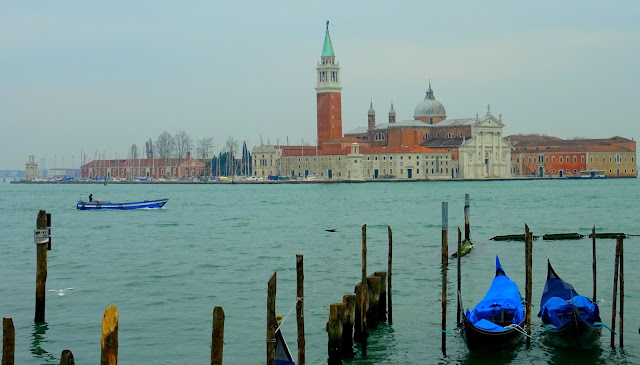 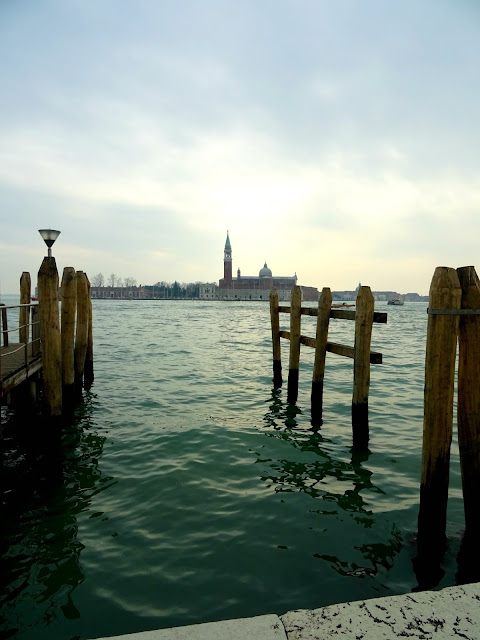 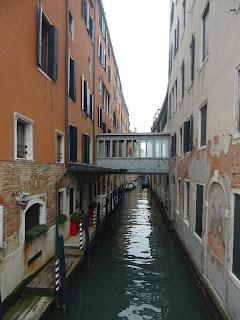 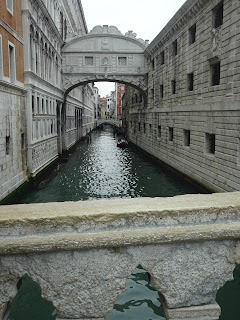 So many bridges so little time ...... the second one is The Bridge of Sighs. 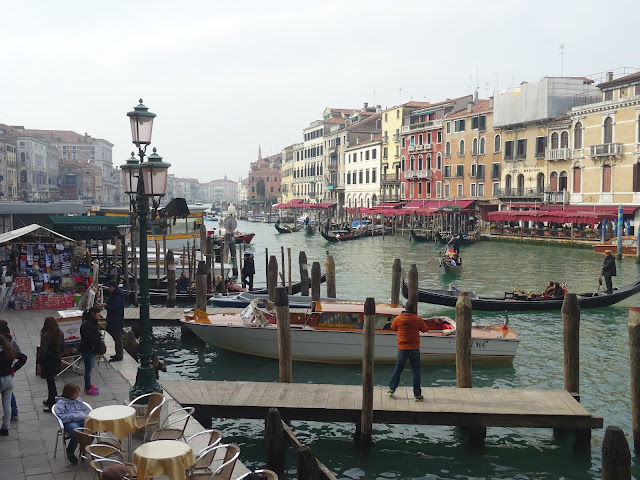 Gondola repair shop .... I kid you not, we watched them making repairs to their gondolas 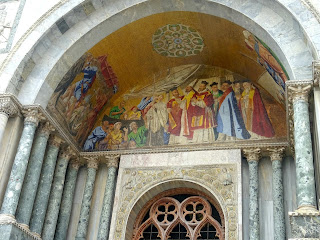 Beautiful mosaic outside St Marks Basilica. Sadly we weren't allowed to take photographs inside but it was absolutely spectacular, if a bit rushed, I would have liked much more time to soak up the atmosphere but we were ushered around pretty rapidly.


It was an amazing trip and I'm so lucky to have been able to share it with my lovely daughter, who bought it for us as a Christmas present. Thank you KGM for a wonderful time :-)