With not much in the way of ingredients in my cupboards at the moment and being too lazy to go to the shops, I was looking around for something quick and easy to make. Now, yesterday, on a re-run of the Great British Bake-Off, they were making tarte tatin. Something I have never made and something I have always liked the look of so, as I had some puff pastry sitting in the fridge waiting to be turned into something delicious, I had a bit of a Eureka moment and thought I might give it a go. As usual, being a bit of a wing-and-a-prayer kinda gal, I didn't follow a recipe, I just kind of made it up as I went along.

I fried 4 chopped onions slowly in some butter with a teaspoon of sugar, a pinch of salt and a splash of Henderson's Relish. (For those who don't know what Henderson's is, it's a delicious sauce that is made in Sheffield and you can read about it in a post I wrote a while back, here). When the onions were soft and turning golden, I tipped them into a rectangular cake tin and I added some blobs of blue cheese in amongst the onions. I then rolled out the pastry and covered the onions and cheese, tucking it in around the edges and I popped it into the oven on about 200 degrees C.

For those of you who prefer to follow a recipe, I found this delicious looking Delia Smith Tarte Tatin recipe online here, which is kind of similar to what I made. Actually, it's sort-of what I had pictured in my head when I decided to make the tarte and maybe I might try it again and follow the recipe next time.


This was my attempt and very delicious it was too, although next time I might try a cheese that is a little less strong. 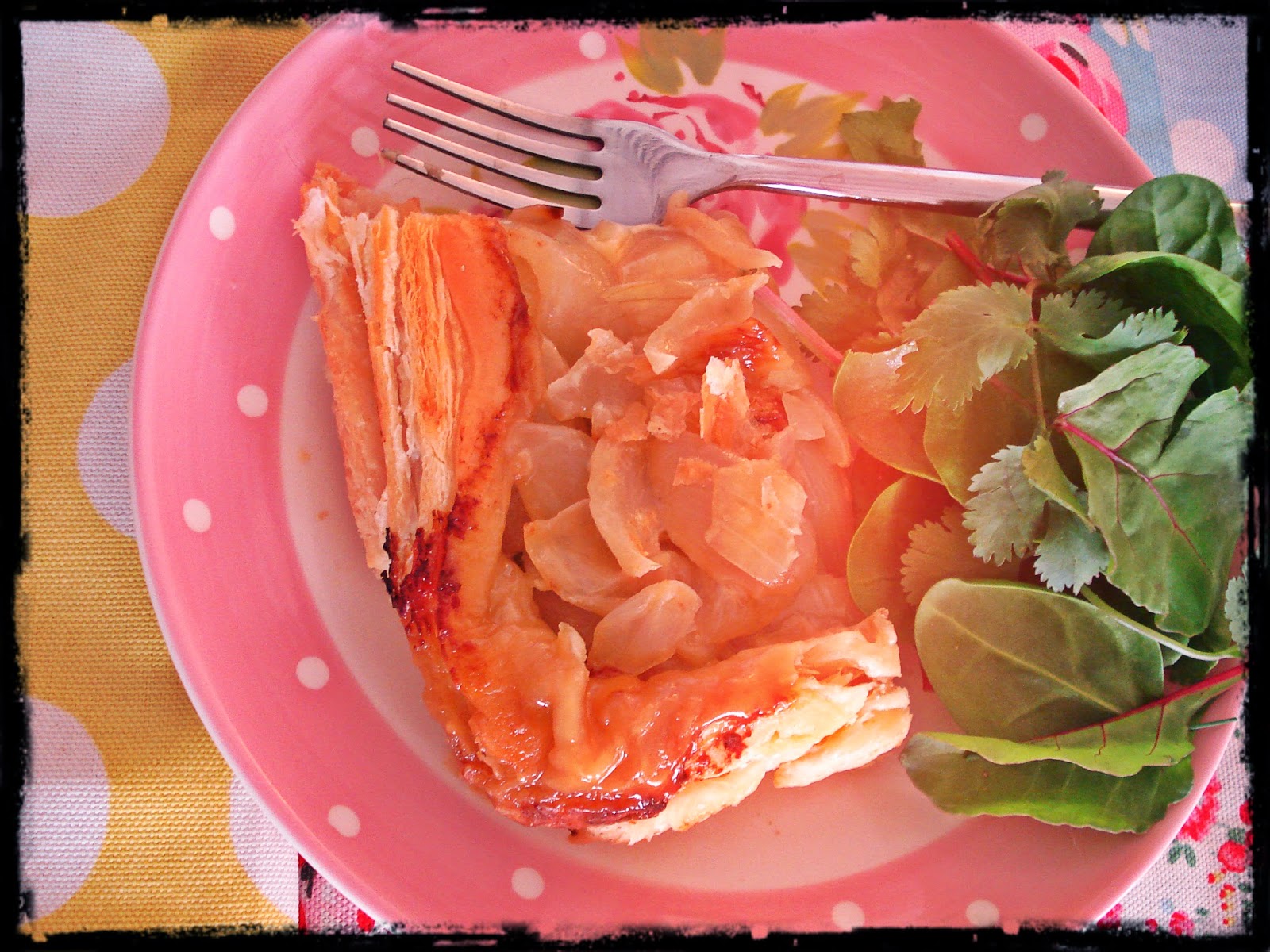