First of all I would like to point out, this is NOT a sponsored post. The flour wasn't a product that I was sent or given to review, it was bought from my local village shop. I was there to post a parcel to my daughter and was having a quick look for some bread flour because I was feeling too lazy to drive to the supermarket when I came across a whole array of Wessex Mill Flour. There were lots of amazing varieties, including a delicious sounding apple and cinnamon one but, as I'm not really a sweet bread kind of person, I went with the onion bread flour. The flour cost about £2.70 for 1.5kg, I can't remember exactly how much it was because I couldn't find the receipt to check but it was a lot more than I usually spend on my bread flour. At the supermarket, the strong plain flour I usually buy is about 88p for 1.5kg. To me, this is much more like it because one of  the main reasons for making my own bread is that I can have lovely, fresh bread for a fraction of the cost of buying it at the supermarket and not only is it the best tasting, deliciously thrifty option but I can guarantee that there are no nasty additives or preservatives in it.

Anyway, this morning, as I had run out of bread, I whipped up a batch of onion bread dough and left it to prove while I took the dogs out for a run in the field. There are quite a lot of onion bits in the flour, I guess that's a good thing although it does make it feel a bit weird when you're kneading it. It didn't rise as much as I thought it would either, particularly on the second proving but, regardless, I popped it in the oven and watched to see what would happen. 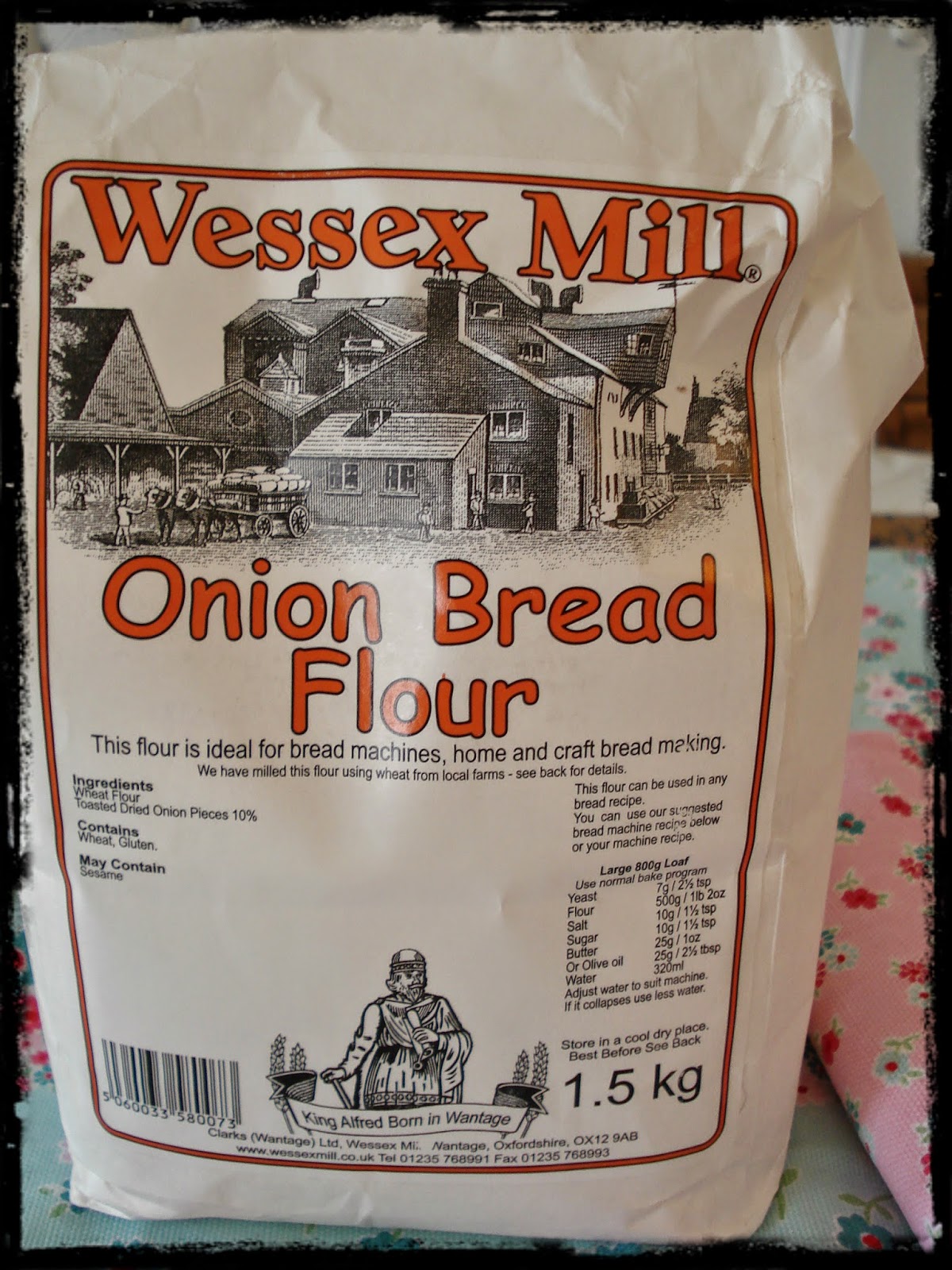 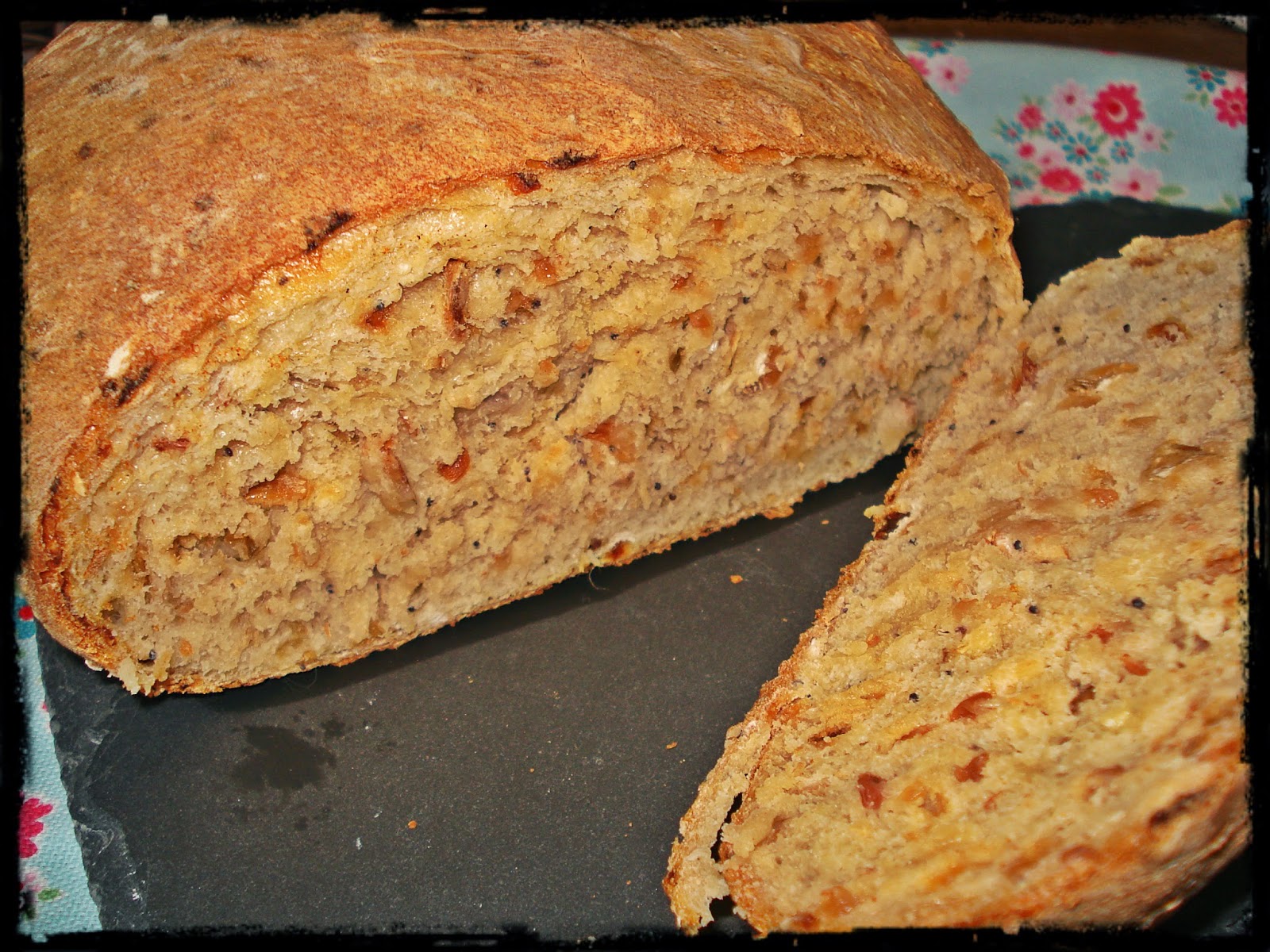 The bread was ok but, there were a lot of very hard pieces of onion which hadn't softened during the baking process which were quite unpleasant to eat and for some reason the bread gave me heartburn, something I usually only get with shop bought bread. It did, however, have a lovely crust which was crunchy and crisp and it was great for dunking in my soup. 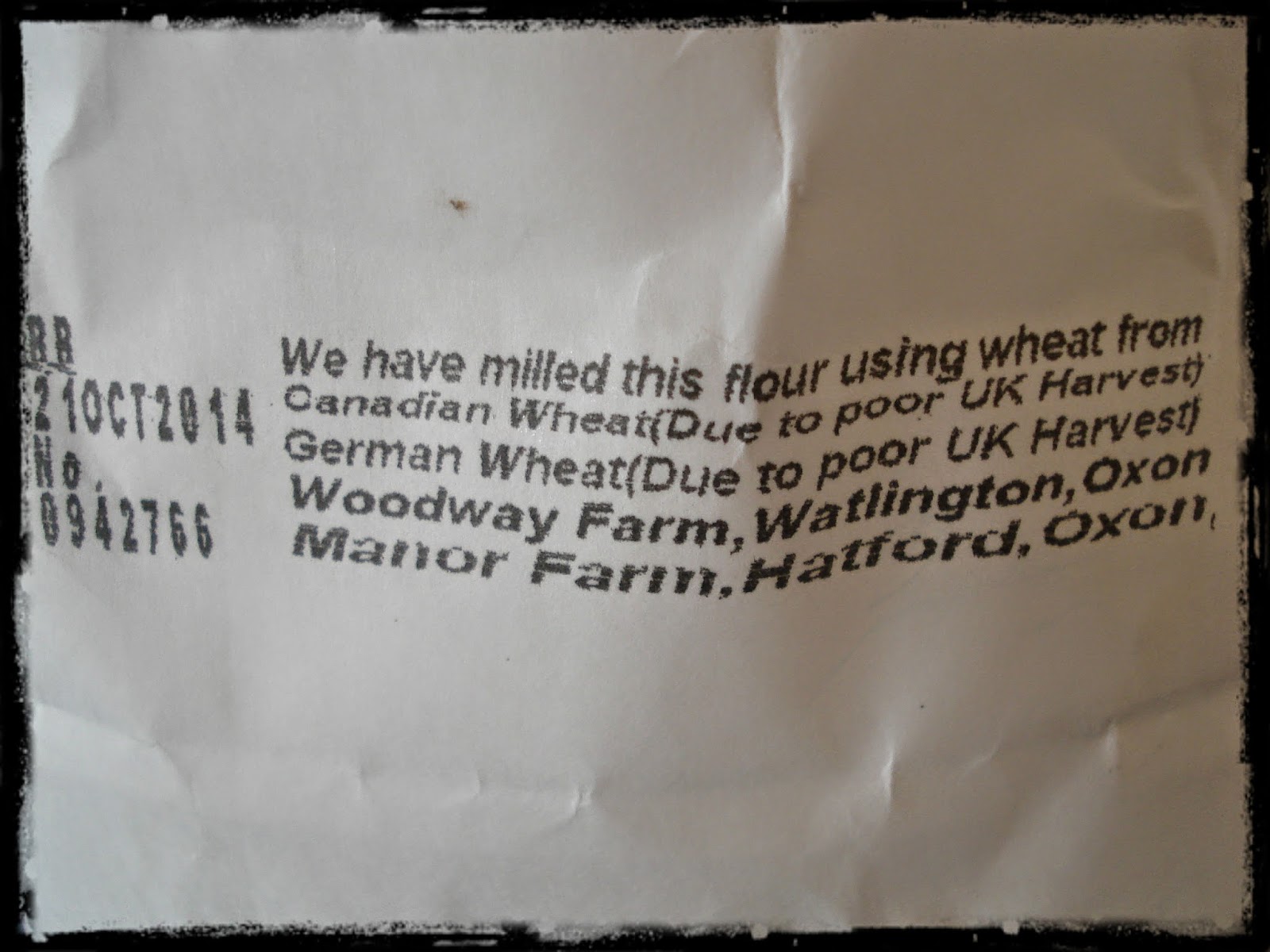 Despite the higher price, the heartburn and the chewy onion bits, I did like the traceability of the flour (although I didn't notice it until after I got the flour home). Although it's not ideal that the flour had so many food miles involved, at least I know where it came from and it's something I would like to see on all food. It makes it easier to support local producers in the absence of farmers markets or local producer markets. I probably won't be buying the flour again as it's a bit too expensive for me but it was really nice to try something different. Maybe I will just try adding some different ingredients to the basic bread mixture to see if I can get a similar effect. 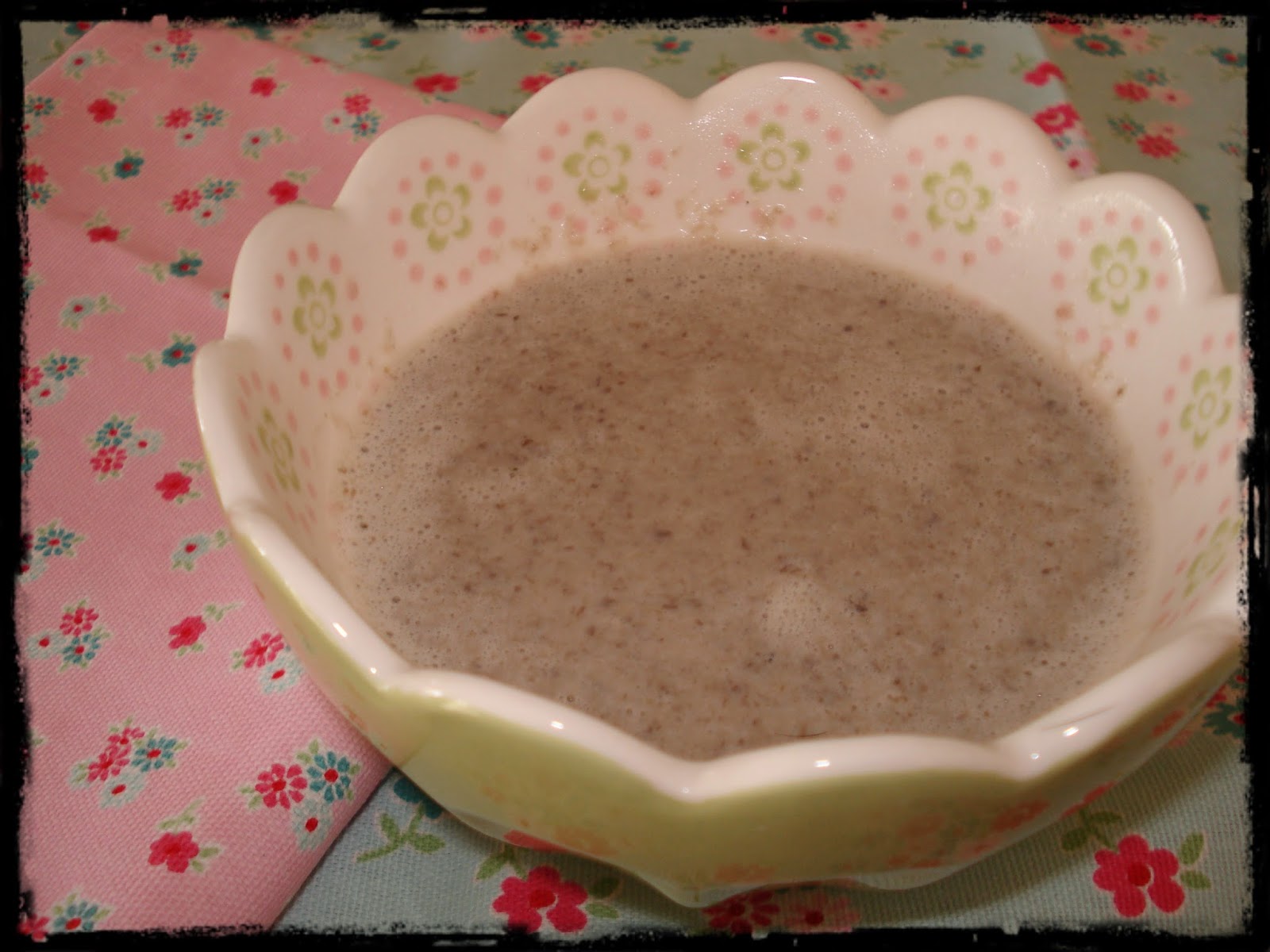 To go with the onion bread I also whipped up a pan full of mushroom soup simply using mushrooms, cooked gently in some butter, some semi-skimmed milk and half a chicken stock cube and when the mushrooms were nicely softened, I whizzed it all up with my stick blender.

You can find the Wessex Mill flour varieties here if you want to check them out.