I mentioned earlier today that I had discovered a plaque on the garden wall of a house about half a mile from where I live and that when I went to take a photograph the camera battery was dead so I rushed home, charged the battery and nipped back to take a couple of pictures. 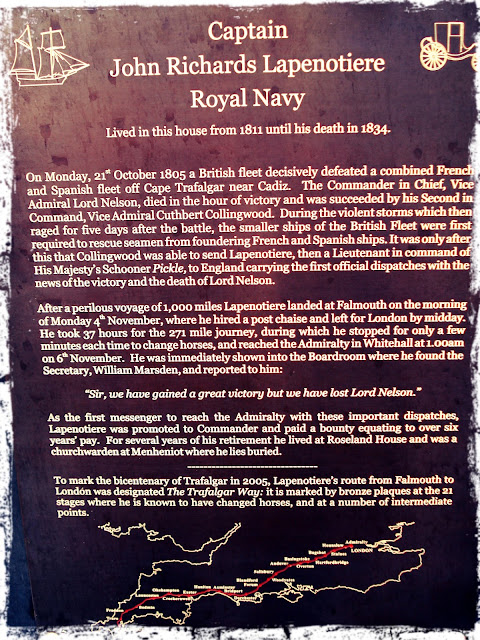 Now, I have lived in my house for 9 years and I walk up and down the lane with my dogs on a regular basis and I have never seen this plaque before. This means that either I walk around with my eyes closed or the plaque is new ... I have a suspicion that it's the former! I was intrigued. I dashed off home to investigate who this man was.

It turns out that Lapenotiere was commander of HMS Pickle (such a cool name for a ship) which was part of Nelson’s fleet at the Battle of Trafalgar in 1805. HMS Pickle was a 10-gun Royal Navy cutter and the smallest ship at the Battle of Trafalgar. Since a single broadside shot from any of the ships would have sunk her instantly, she spent most of the time staying out of the way, carrying messages, and later picking up survivors from the French ship Achille, which had caught fire and exploded. 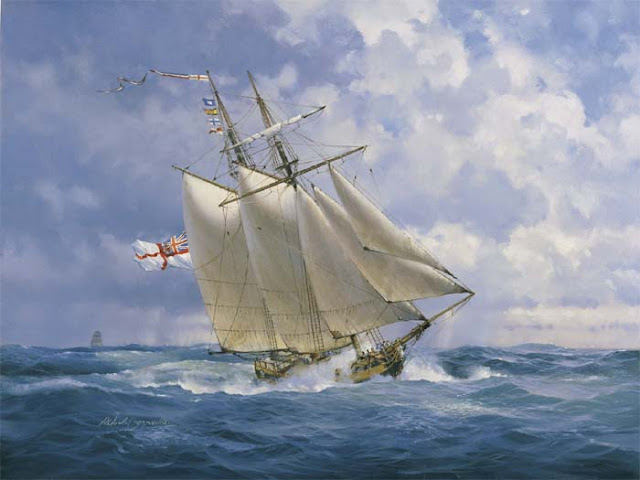 HMS Pickle
Following the death of Nelson it was Lapenotiere who was entrusted with the task of taking Lord Collingwood’s dispatches, with news of the victory at Trafalgar and the death of Nelson, back to Britain. (Collingwood was Nelson's second in command and took charge when Nelson died). The Pickle sailed directly to Falmouth, from where, Lapenotiere continued on his way to London via a relay of horses. It took him 36 hours to ride the 263 miles to deliver the dispatches to the Admiralty in Whitehall.  He arrived at the Admiralty at midnight on 5th of November. His reward for the momentous news was his promotion to commander and a gift of £500. 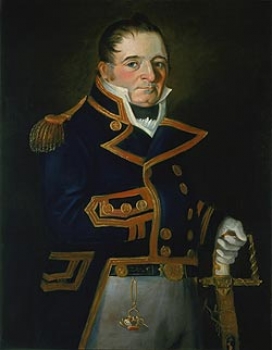 In 2005, the route that he took, from Falmouth to London, was designated as The Trafalgar Way and is now marked by a series of 21 bronze plaques, similar to the one above, marking places where he changed horses and places where he stopped.

The plaque on the house denotes the place he lived until his death in 1834.

WOW! And to think, all this history was just a stones throw away from my front door.