Checking my Fences and Yummy Soup.

It's been a grey day here in Cornwall. I don't mind so much because it's not raining and my field is at last starting to resemble a field again, rather than a mud bath. It's been quite mild too so it was a perfect time to go and have a good look at the damage the recent bad weather has caused to the fencing in my field. It's actually quite bad. I have lost about 45 foot of fencing. It just got washed away along with the riverbank itself, of which I would say there is about foot all the way down the edge of the field that has been eroded by the pounding of the river over a prolonged period of time. 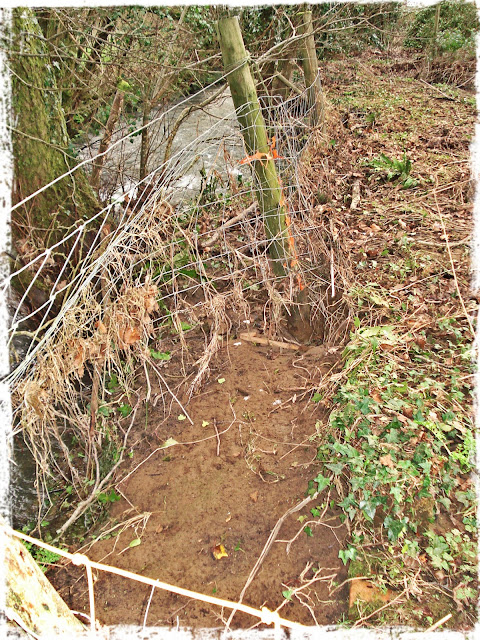 You can see part of the eroded soil here.

It will take a few days to fix and about 20 fencing poles and some fencing wire which I will have to nip to my local farm shop to pick up and to be honest, I'm loathe to even start it just yet because I have a feeling that before the Winter is through there are likely to be more storms. So for now, I will have to be satisfied with picking up all the rubbish and debris that has accumulated along the fence line and bagging up all the wet leaves into black bags because when they rot down they make great compost. I'm all for free compost. 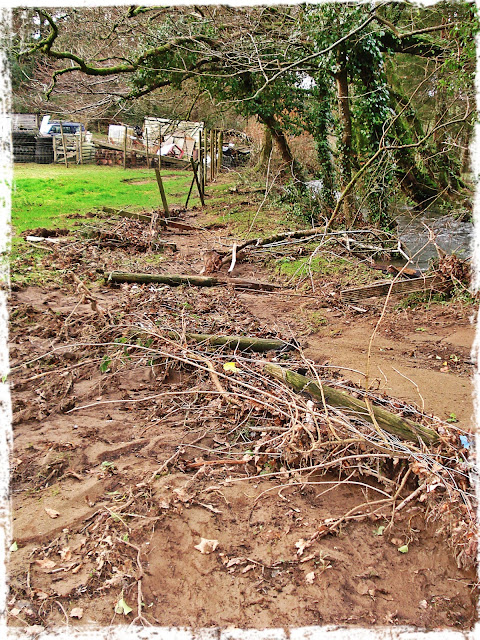 After checking out the field, I came back inside and made one of my favourite soups, Potato and Watercress. It's so easy but it's totally delicious.

Chop the potatoes into small cubes and put in a pan with a knob of butter and stir them around a bit.
Wash the watercress and add it to the pan. 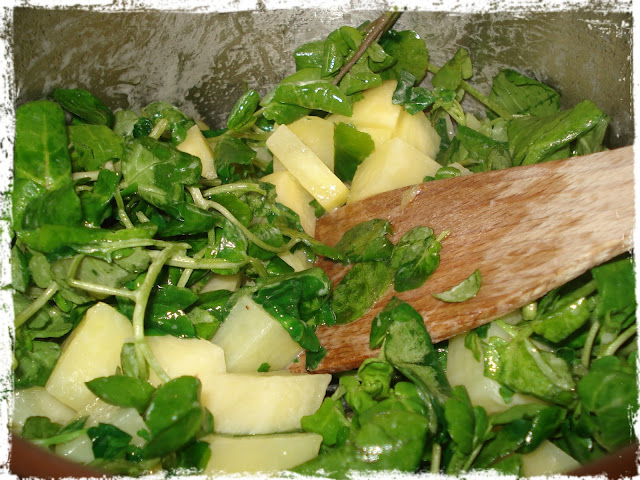 Add half and half hot water and milk to cover the potatoes and watercress, or if you like you can just use milk but I'm not keen on milk so I use half and half. It makes quite a big pan full but if you don't eat it all at once you can pop it in the fridge and eat it the next day. 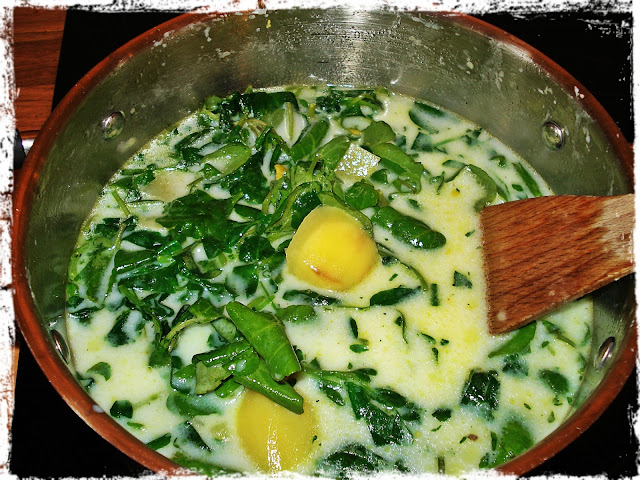 Add 2 stock cubes. I use chicken stock cubes because I don't like celery and I have yet to find a vegetable stock cube that doesn't have it in.

Then all you have to do is simmer until the potatoes are soft, blitz in a blender and season to taste.  If it gets a bit low on stock during cooking, just add a bit more milk until it's the thickness you like your soup. 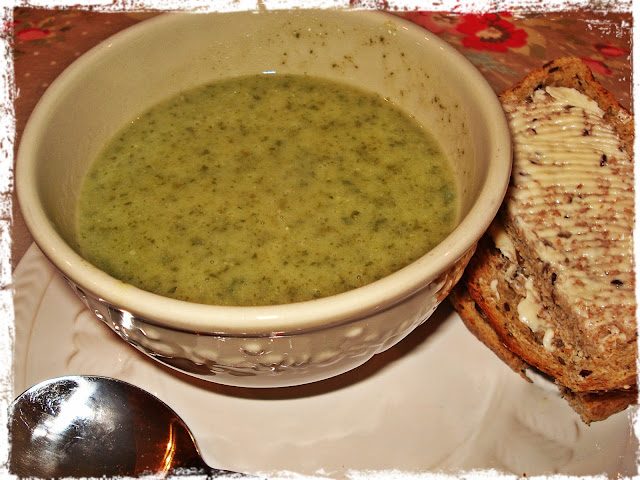 After lunch, I sat down and made two lavender filled chicks for a friend of mine. I call them Doris and Boris and they will be winging their way to Cheshire first thing Monday Morning :-) 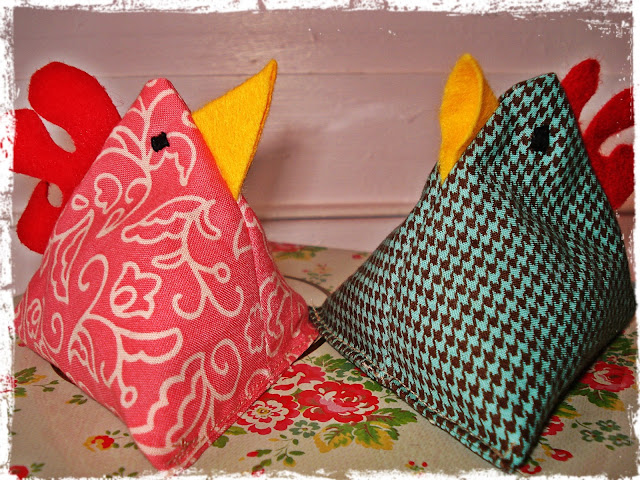