A few weeks ago my youngest daughter came back from the USA after a two and a half month trek around the country. One of her favourite places was New Orleans. She loved the food and in particular she loved Jambalaya. So much so that she brought me a cookbook so that I could re-create some of the food she ate while she was there. 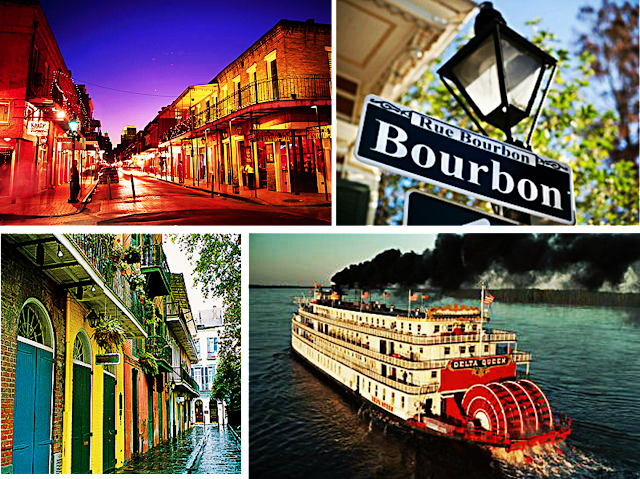 So, this weekend, I went to get the ingredients to make Chicken Jambalaya, a recipe taken from the "Taste of the South Gourmet Southern Cuisine" cookery book. I altered the quantities because the recipe says it feeds 4-6, however, even with the reduction, there was enough to feed  a small army.
In addition, although the jambalaya was delicious, it is apparently not quite authentic and so next time I will be giving the recipe a bit of a tweak to see if I can make it more authentic. 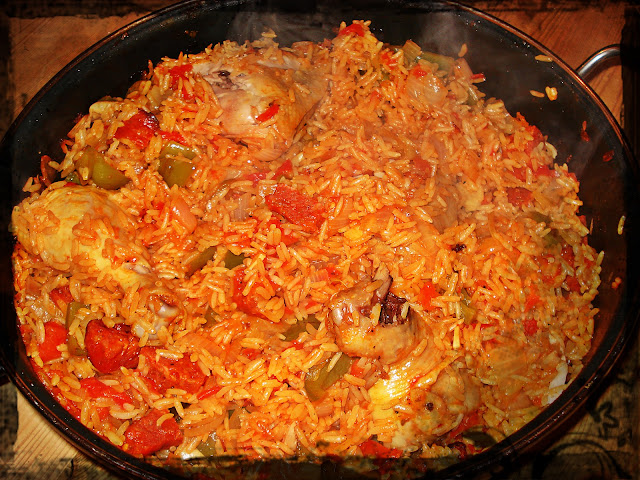 Jambalaya piping hot and straight from the oven ....... Delicious

The resulting dish was really delicious, however, as I said before I will be giving it a bit of a tweak. My daughter says that the jambalaya she had in New Orleans had chopped chicken not large pieces of on-the-bone chicken so I will use chicken breasts, chopped into pieces next time and apparently, it also had prawns or shrimp stirred into the dish as well so next time, I will be adding these too, along with a good pinch of Cajun Spice to add a bit more depth of flavour.
As I said, I can only imagine how big the portion sizes would be if I had stuck to the recipe quantities because even though I reduced the recipe quantities when I made it, there was still loads. On the plus side, it does taste very scrummy as a cold rice salad so nothing will go to waste.

The recipe is in USA measurements and apparently, a cup is about 1/2 pint or 8 fl oz in liquid or 8oz or 225g in solids. There is a good conversion chart HERE if you want to check.