Well, there is much excitement in the field right now, the poly tunnel is almost at the stage where we can put the polythene cover on and get things ready for planting. You have no idea how excited I am. It's just laughable really but I have actually been having sleepless nights about getting things done in time for when the growing season starts! I know it's only January but I just can't help myself.

The side rails are on, the rails half way up the sides are on ready for the metal channels and the wiggle wire to fix the polythene in place and the weed membrane is now covering three quarters of the inside. All we have left to do is level the end of the poly tunnel where my lovely table and chairs will be and then the raised beds need putting back together and the paving slabs need to go down and the doors need to be made and then it should be done. Actually, when I write it all down, it sounds like there is still a LOT to do :-) never mind, we will just keep plodding on and it will be done before we know it. 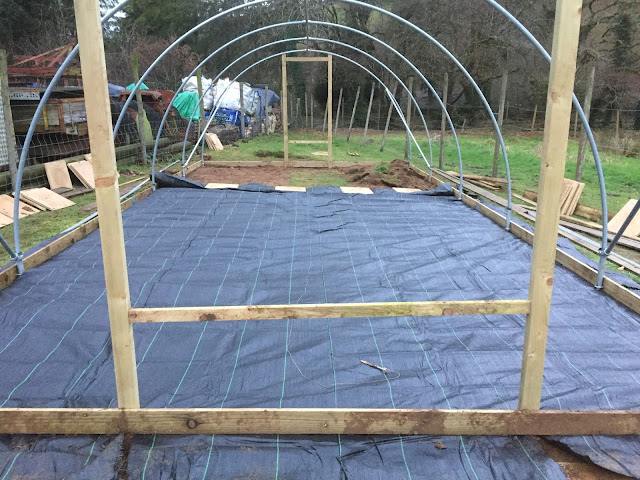 Before the side rails went on. 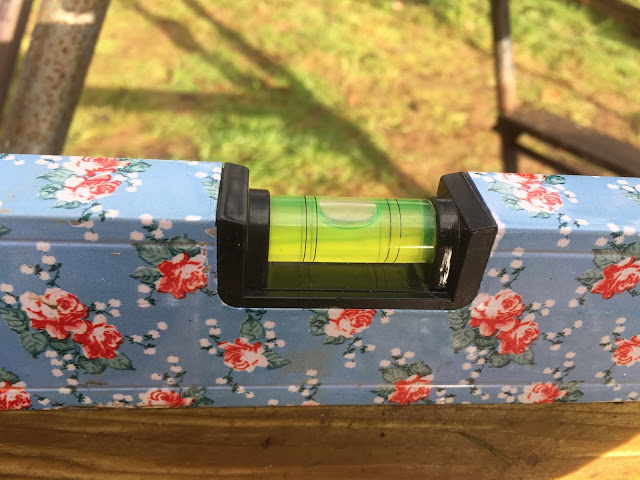 The door frames are actually are level

Anyway, in order to take my mind off the fact that rain stopped play last week and we couldn't get anything done outside, I had a go at making hummus. I love hummus but it's getting really expensive in the supermarkets and more to the point, I tried some hummus that a friend of mine made a couple of weeks ago and it was so amazing the shop bought stuff was a pale imitation by comparison. My domestic-goddess-esque friend used dried, soaked chickpeas because she's so organised that she always puts me to shame but I used tinned chick peas because I had forgotten to soak and cook the dried chick peas I had bought and I used red peppers from a jar for the roasted red pepper hummus that I made because, sadly, I am nowhere near as organised and goddess-like as my friend. It tasted amazing though and I will definitely be doing it again. Here is the basic recipe. I tried making the basic stuff two ways, one I left coarse and chunky and one I blended into oblivion because apparently that's how it's traditionally meant to be. I have to say I preferred the chunkier version but my absolute favourite is the roasted red pepper hummus. 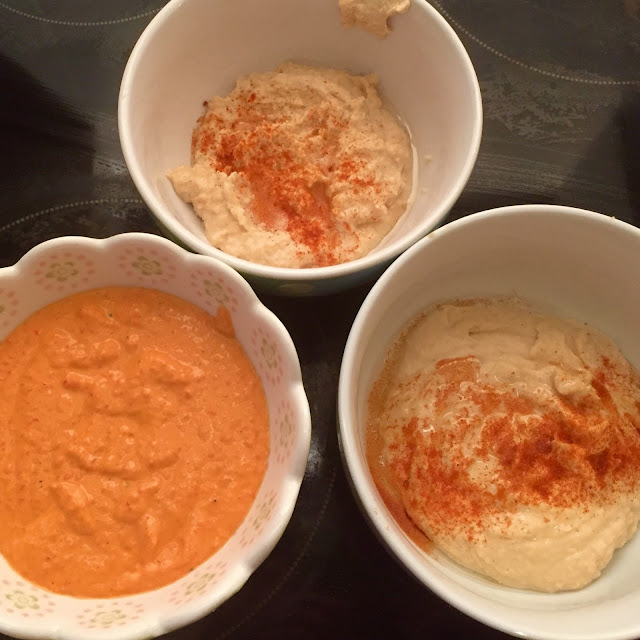 One point, if you use peppers from a jar, which are preserved in olive oil like mine were, reduce the amount of oil you add to the hummus initially because the additional oil that's on the peppers can make the mixture looser than in the original recipe. You can always add more at the end of processing if the hummus is a little thick. I also used a light tahini paste, not really because I wanted to cut down on the calories but because it was the only one they had in the supermarket.

I'm going to try a lemon and coriander one next and then who knows what else I might add to the basic recipe. I guess the sky's the limit.

Rinse the chickpeas in cold water and tip into the food processor. Add the tahini, crushed garlic, salt, lemon juice and seven tablespoons of the reserved liquid from the cans. Turn on the food processor and slowly pour in the oil while it runs.

When the mixture is fully combined and smooth, tip it into a serving dish. Drizzle with some more extra virgin olive oil and decorate with a few whole chickpeas. Sprinkle with paprika and finely chopped coriander or parsley leaves, for colour.