More Homegrown Veg and a Couple of Cutting Miracles.

Welcome to Summer! It's chilly and it's raining ...... typical British Summer!

Anyway, here is another little post to show off my veg ..... extremely sad I know but it's just so exciting
:-) 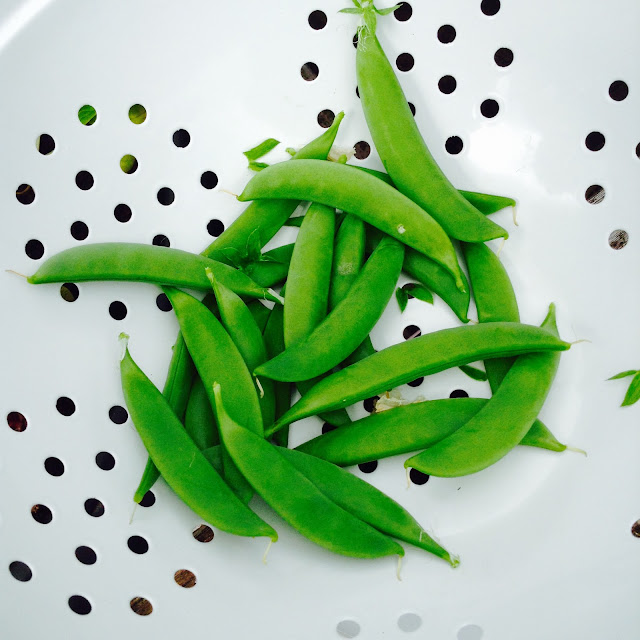 Enough for my daughter and me with plenty left on the plants for more pickings.

And now for the rose cutting miracle. A couple of weeks ago, I had to cut back one of my climbing roses because for some reason, my neighbour took it upon herself to hack the bits that were hanging over the fence at the side of my gate, to pieces. They weren't even hanging over onto her property, just the little lane where we live but because I didn't want them doing the same to the one on the other side, I decided it would be best if I gave it a trim. I'm guessing it's not the right time of year to cut back roses but I thought it was better if I did it than let them have an excuse to do it.

Once I had removed the hanging bits, I was left with three or four thick pieces of rose stem and it seemed a shame to just throw on the compost heap. It was then that I had a bit of a brainwave and had the idea to try and use them to grow some new cuttings. I have never done anything like this before but, with a dim and distant memory of watching my Granddad do something similar, I trimmed the bottom into a point, stripped off the leaves, stuck them into a plant pot that had cucumber plants growing in it and gave them a water. I didn't hold out much hope that the cuttings would grow because, as I said, I've never done anything like that before but yesterday morning, I was watering the veg when I saw that one of the sticks has leaves on it. I'm assuming that the stick is actually growing!? It's amazing. My first every cutting. 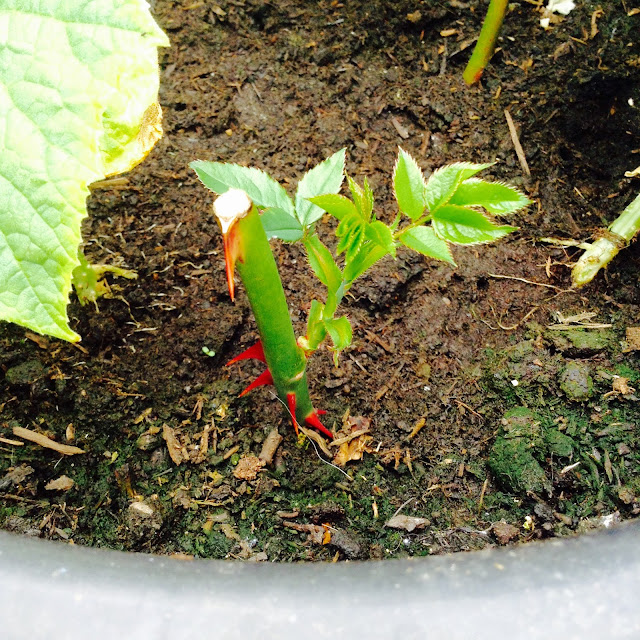 This is the rose that will eventually bloom on the cutting. It's so beautiful and smells glorious. 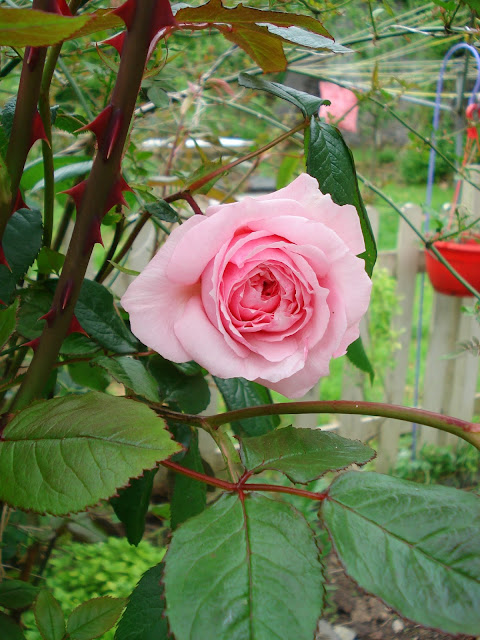 And my second triumph,

I saw on a gardening programme that when you nip out the little offshoots on tomato plants that grow between the stem and one of the little branches, if you plant them in soil, they will grow into new tomato plants. I'm all for free plants but I was very sceptical. Anyway, after I nipped the four biggest offshoots from my plants, once again I stuck them into some soil at the edge of one the pots and hey presto, they grew too. They were looking a bit dry when I took the photo because it was before I watered them but they perked up again once they had a good soaking. They're about 2 weeks old now and it's almost time to pot them on :-) 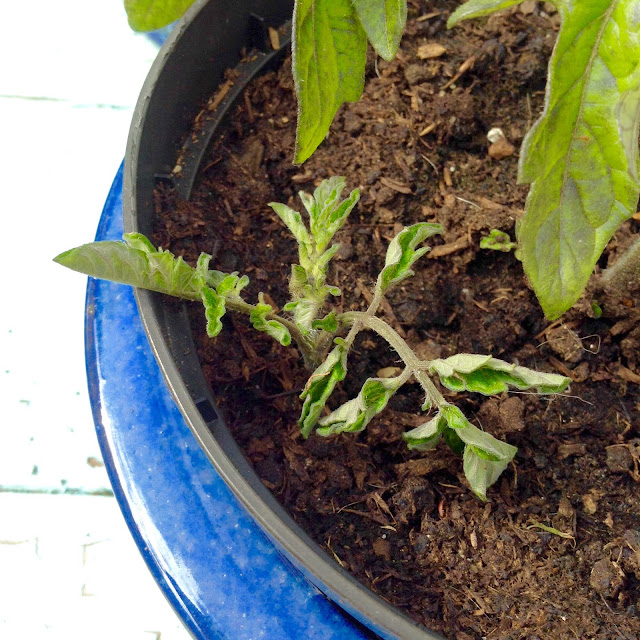 It's nothing short of a miracle. Sadly, I have no idea what variety the offshoot plants are because I just randomly stuck them into the soil and crossed my fingers. Maybe next time I will remember to label the new little plants.