In my kitchen, I have a pine dresser. I have had it for about 15 years and although it is now a bit scratched and battered and going a bit orange, as pine sometimes does, I really like it and it's extremely useful for storage. I have been meaning to attack it with a tin of chalk paint for absolutely ages but I have not really had the time. Until yesterday. Yesterday I was in a very bad mood. My lovely truck had to go off to be scrapped because the head gasket had gone and I couldn't afford to get it fixed, I discovered that the bag of organic layers pellets had gone mouldy because it had been resting against a damp towel in the laundry room and I had to throw it away and my hideous neighbours were once again being vile and all this was before about 8am! Not a good morning and because of my bad mood, I knew there was no way I would be able to sit down and concentrate on sewing because I knew that I would be unpicking more than I actually sewed so I was slumped on the sofa watching awful bank holiday TV in a very grumpy mood.

Then, while I was rummaging in the spare room looking for a magazine to read, I spotted the tin of Old White Chalk Paint that I had earmarked for the dresser. I had this mad idea that paining might get rid of some of my frustrations so I grabbed the paint, found a brush and after I had moved all the things off the dresser, I attacked the dresser with the paint. 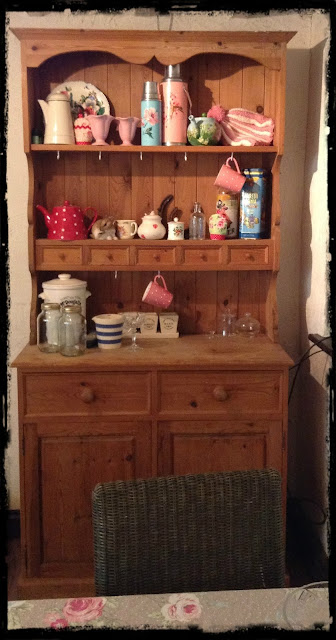 Three hours and two coats of paint later and the dresser was transformed. I have to say I love it but I am undecided as to whether I should sand it back and distress it. My mum says I shouldn't so I might just give it a coat of wax to give it a bit more durability. 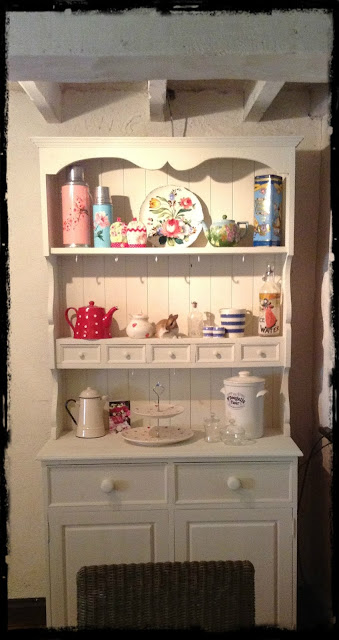 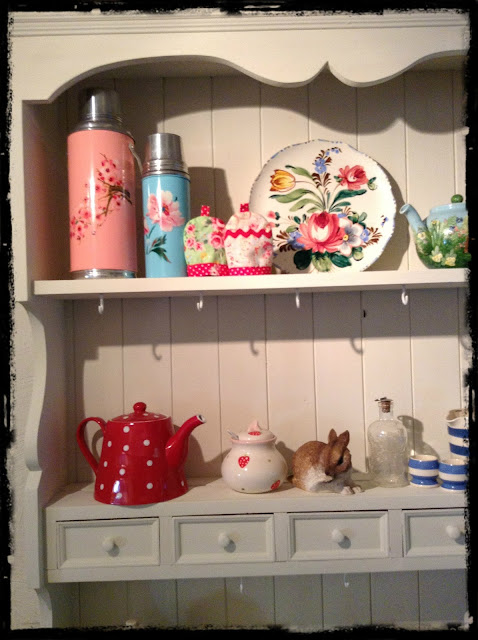 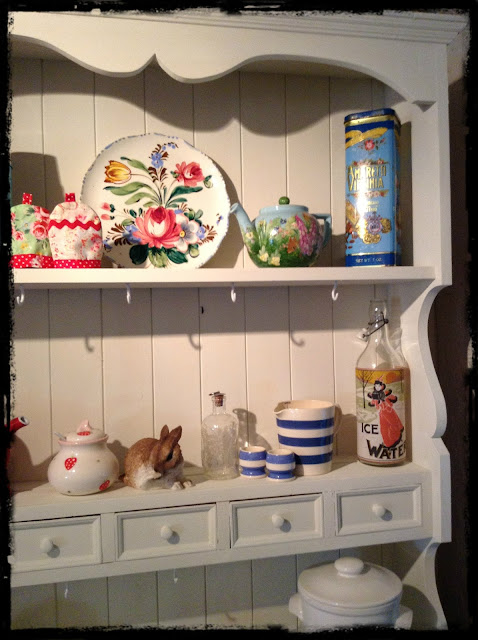 Unfortunately, as usual, having something newly painted in a room tends to show up all the marks and blemishes in the rest of the room so now I just need to paint the walls, paint the ceiling, paint the doors and paint the beams ........hmmmmm maybe painting that dresser wasn't such a bright idea after all :-)
Posted by Kay at Tuesday, August 27, 2013