Sunshine, Snowdrops and A Freezer-Shaped Hole

It's been gloriously sunny today down here in Cornwall. Cold and crisp but beautiful blue skies and lots of sunshine. Unfortunately, I have had to stay in all day waiting for my freezer. I wish the delivery people would at least give you an idea of when they will be arriving. Some companies now text you on the morning of delivery and give you an hour window for when they will be there but not these guys. They will deliver any time between 7.30am and 9pm ...... not helpful at all. Still, I guess I can't complain too much, I'm really looking forward to stocking it with lots of delicious food so I'm sure it will be worth it in the end.

I did nip out and snap a few pictures with my iPad. I was a bit annoyed actually because the one day that all my camera batteries were dead, I had a cute little fluffy visitor munching away on the bird food that I had put out. It's a terrible picture, the sun was in the wrong place, the gate post was too far away for me to zoom properly with my iPad and I was trying to take the picture sneakily around the door curtain so I didn't frighten it away. David Bailey I am not lol. 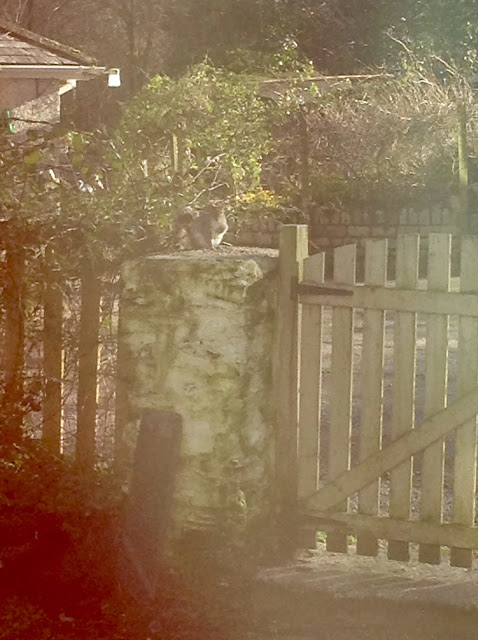 He was very cute though.

I also took a few snaps of these beautiful snowdrops in the hedgerows down the lane where I live. 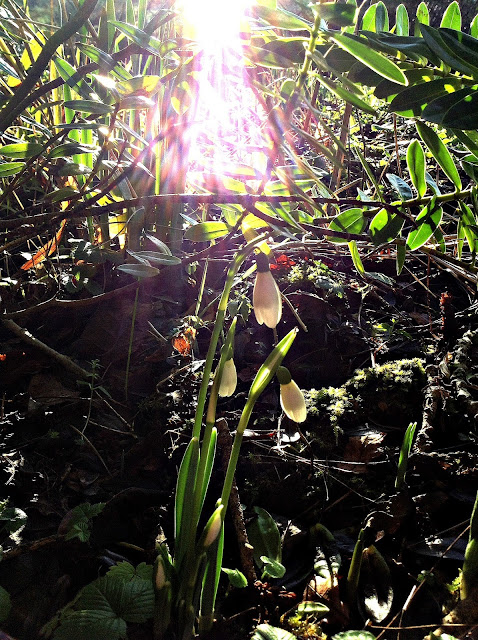 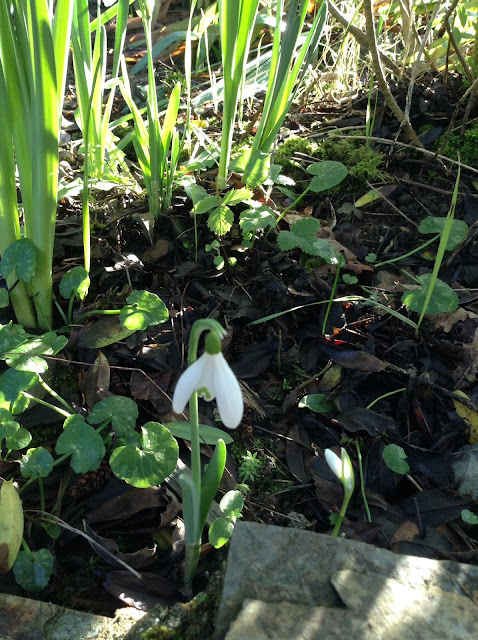 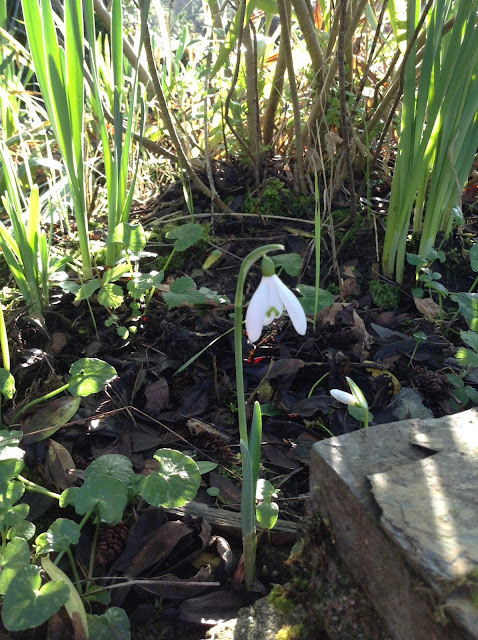 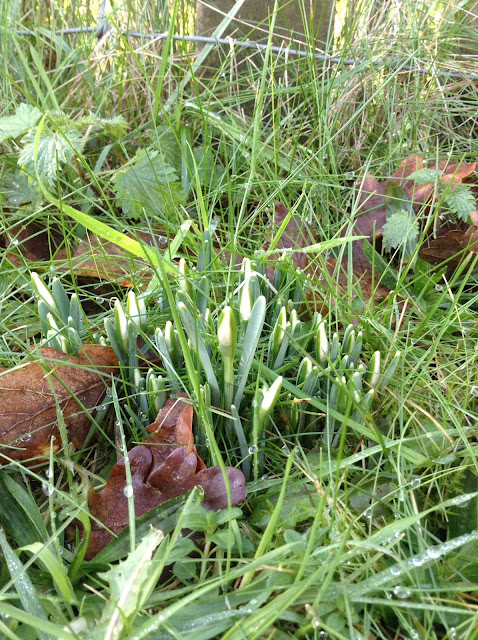 Mine are short, stumpy and teeny-tiny. Very bizarre because last year they were normal sized, delicately drooping snowdrops. I have no idea what happened to them. I've never seen anything like it before. They're about 2 inches tall and look like they're in bud, despite the fact they're so small.

Anyone have any ideas as to why?? 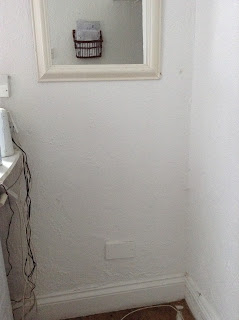 And here's an update on the freezer ...... it didn't arrive! I am so furious I can barely string a coherent thought together. I rang the catalogue and I was fobbed off with the explanation that it didn't arrive at the couriers on time. What a load of rubbish. I ordered it a week ago where is it coming from? MARS???? I was then informed that it's going to be another week! I am beyond annoyed. I won't be ordering anything from them ever again. They really don't give a damn about customer service. Anyway, rant over. I did consider cancelling the order but I need the freezer and if I buy it though them I can pay interest free over 3 months. Worth doing so I can spread the cost but that's it. I'm done with them. They're useless!
Posted by Kay at Wednesday, January 20, 2016