I was very excited the other week to be asked to write a guest blog post for a holiday cottage company. I was given free reign over what I wanted to write about and I gave myself a deadline for submission and was all gung-ho and fired up about it until I realised that writing a post for someone else's blog is a far cry from writing one for my little blog and guess what ....... I had massive attack of writer's block. In fact I think that writer's block coupled with blonde moments, senior moments and menopause moments all collided and I could not think of one single thing to write.

I submitted the words and pictures to the lovely people at the company but I am not holding out much hope of publication. In the meantime, however, I did get some lovely research done that I thought I might put to good use and write a blog post for here. For the guest blog post I wrote about Looe. I live just outside Looe, about 7 miles away and we often go and have a walk along the harbour or down the little lanes and there are some lovely places to eat in Looe, especially some fabulous pasty shops.

There is a very long history of pasty making tradition in Cornwall and it has been a documented part of the British diet since the 13th Century. In the 13th century, it was mostly the upper classes that ate pasties, with scrumptious fillings like venison, beef, lamb and seafood, flavoured with rich gravies and fruits. It wasn't until the 17th and 18th Centuries that the pasty became widely consumed by miners and farm workers as a means to provide them with a warm, hearty meal during the day. Apparently, the sign of a good pasty was that it could withstand being dropped down a mine! I'm not sure how the shop keepers would have reacted if I had started chucking the pasties into a mine to test how good they were So I had to come up with a plan B ..... I had to eat them :-) 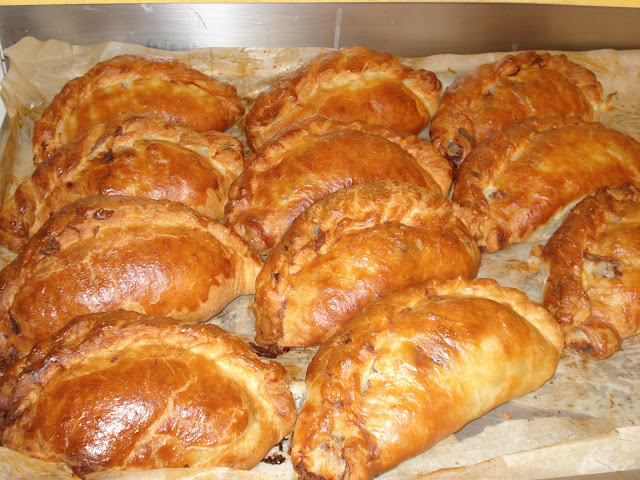 Pretty much every bakery in Looe, in fact probably every bakery in Cornwall, sells their own tried and tested version of a Cornish pasty and I'm sure that most people who come to Cornwall have tried one, I mean, let's face it, it's practically compulsory and the traditional filling of beef, swede, potato and onion encased in a golden pastry crust is absolutely delicious but, some shops have experimented with other ingredients and have come up with some amazing combinations. Including ...... sweet pasties. Oh my goodness. SWEET PASTIES ...... just how heavenly is that?! Fruit, jam, custard and a whole host of other delicious sweet fillings all topped off with a dusting of icing sugar .... oh my! What's even more fascinating is that sweet pasties are not a new idea! Apparently, it was common for the pasties to provide not only a hearty, savoury main course lunch, but also a sweet or fruity desert course. The savoury filling would be cooked at one end of the pasty and the sweet course at the other end. So ingenious :-)

Anyway, after tasting countless pasties from many, many shops in my quest for deliciousness and probably gaining more than a few pounds in weight,

Here is the verdict.

My very favourite pasty was a tie between the breakfast pasty from Sarah's Pasty Shop, a scrumptious combination of bacon, sausages, egg and beans
and
the apple, rhubarb and custard pasty from Pasty Presto, both of which were utterly delicious.
You can click on the names to get links to their websites. 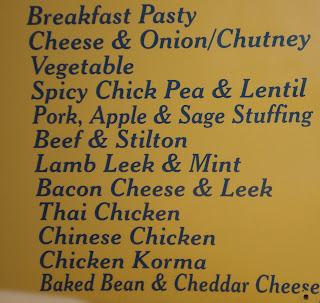 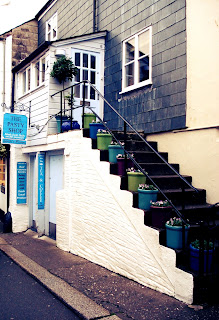 Sarah's Pasty Shop East Looe and pasty menu from the shop. They do sell a whole host of other pies and pastries as well although there were way too many for me to eat my way through in such a short period of time. 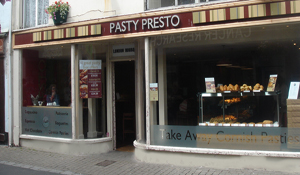 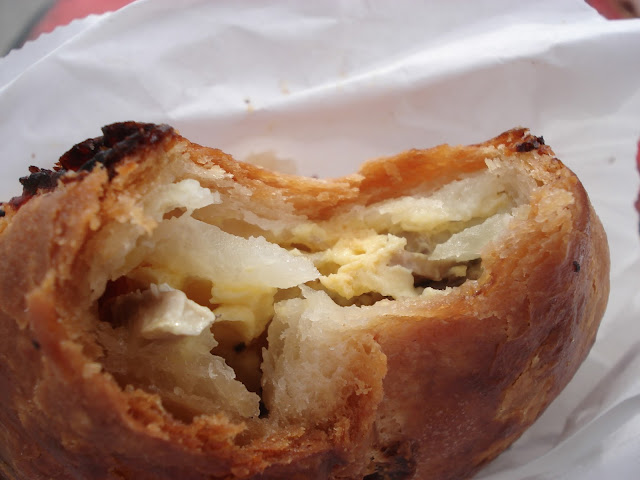 And here is one last small crumb of pasty-related information.

The crimped edge of the pasty, apart from holding everything inside, was a very important part of the pasty, particularly with tin miners because, not only is tin mining a mucky job, even worse, arsenic was often present, along with tin, within the ore that the men were mining. The thick crimped edge, that the men held onto, wasn't eaten but was was thrown away in order to avoid arsenic poisoning.