Fish Pie and a New Gadget

Well it's 4.35am and I can't sleep. The dawn chorus started at about 4.32am so there wasn't much chance of getting back to sleep with all the twittering and tweeting and downright screeching going on outside my bedroom window so, I thought I might as well do something useful and write a blog post.  A couple of weeks ago, my youngest daughter bought me a new gadget. Awwww, how sweet, you might be thinking and you would be right ..... well, you would be half right because she actually had an ulterior motive for buying this particular gadget. She bought me a potato ricer. And the reason being ....... she says my mashed potatoes are always lumpy! Now I completely disagree but she insists it's true and when she comes to stay, she won't let me cook anything that has anything to do with mashed potato. Yesterday, I decided to give it a go and make a fish pie topped with mashed potato or in this case ..... riced potato :-) 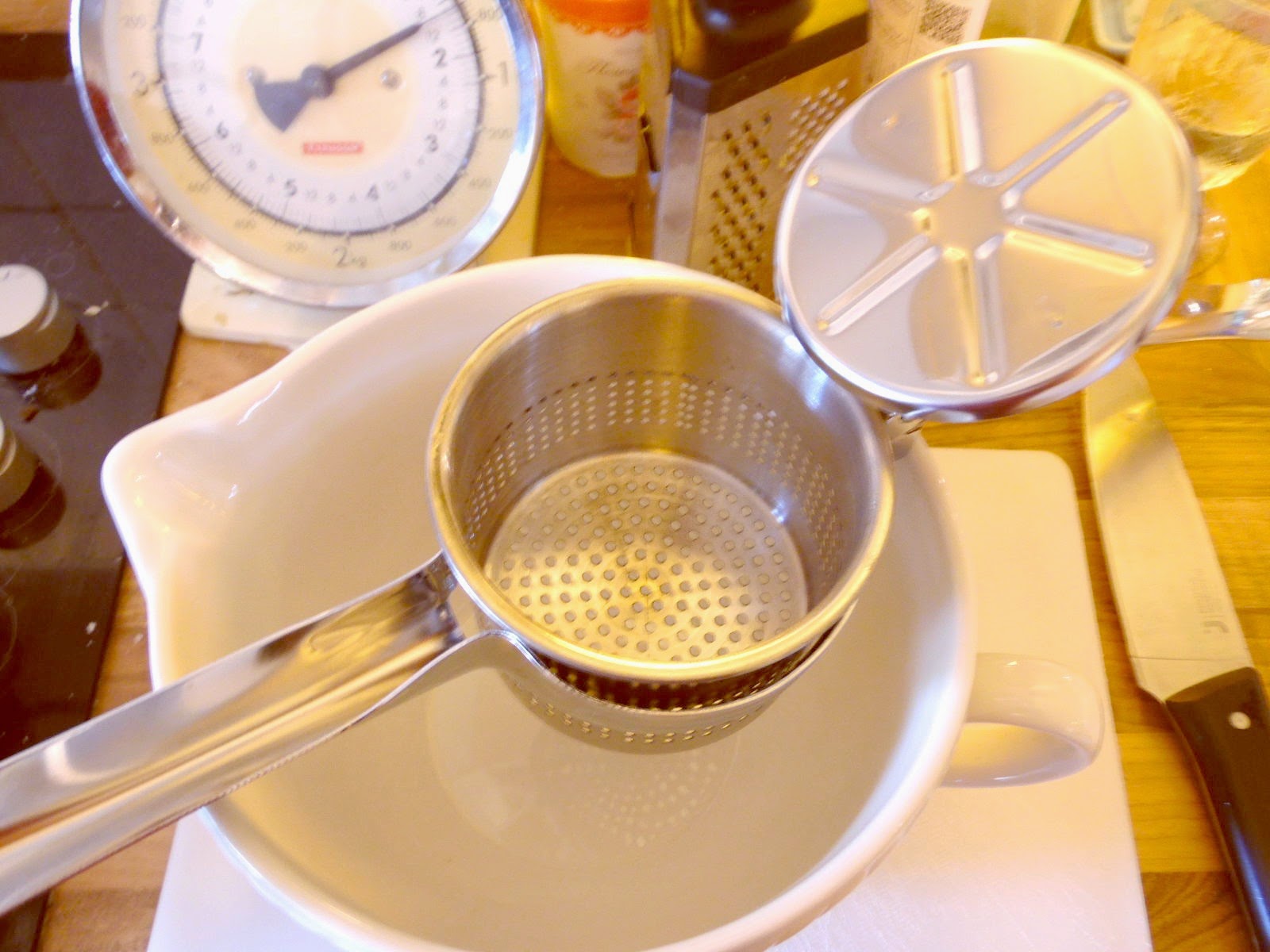 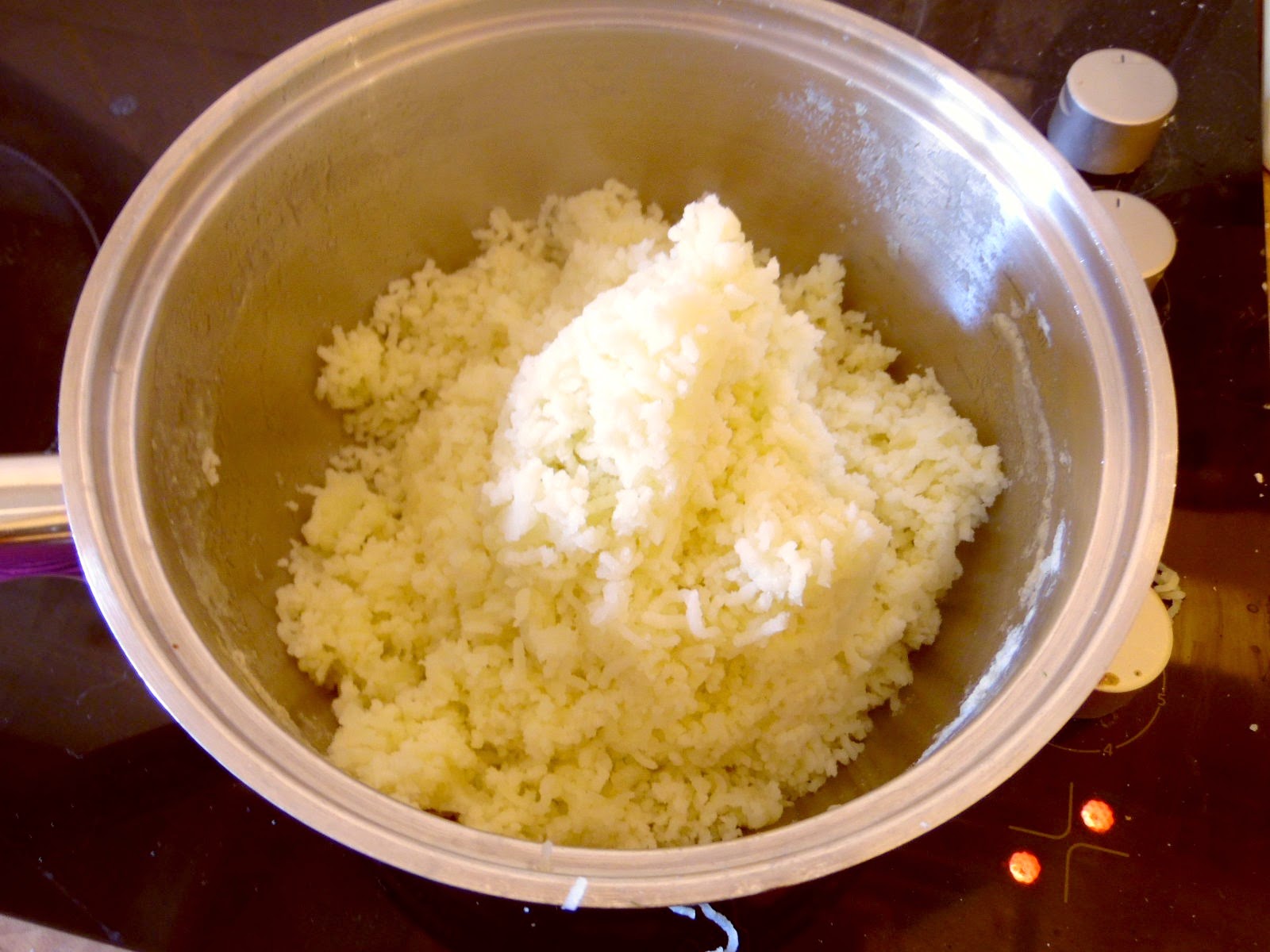 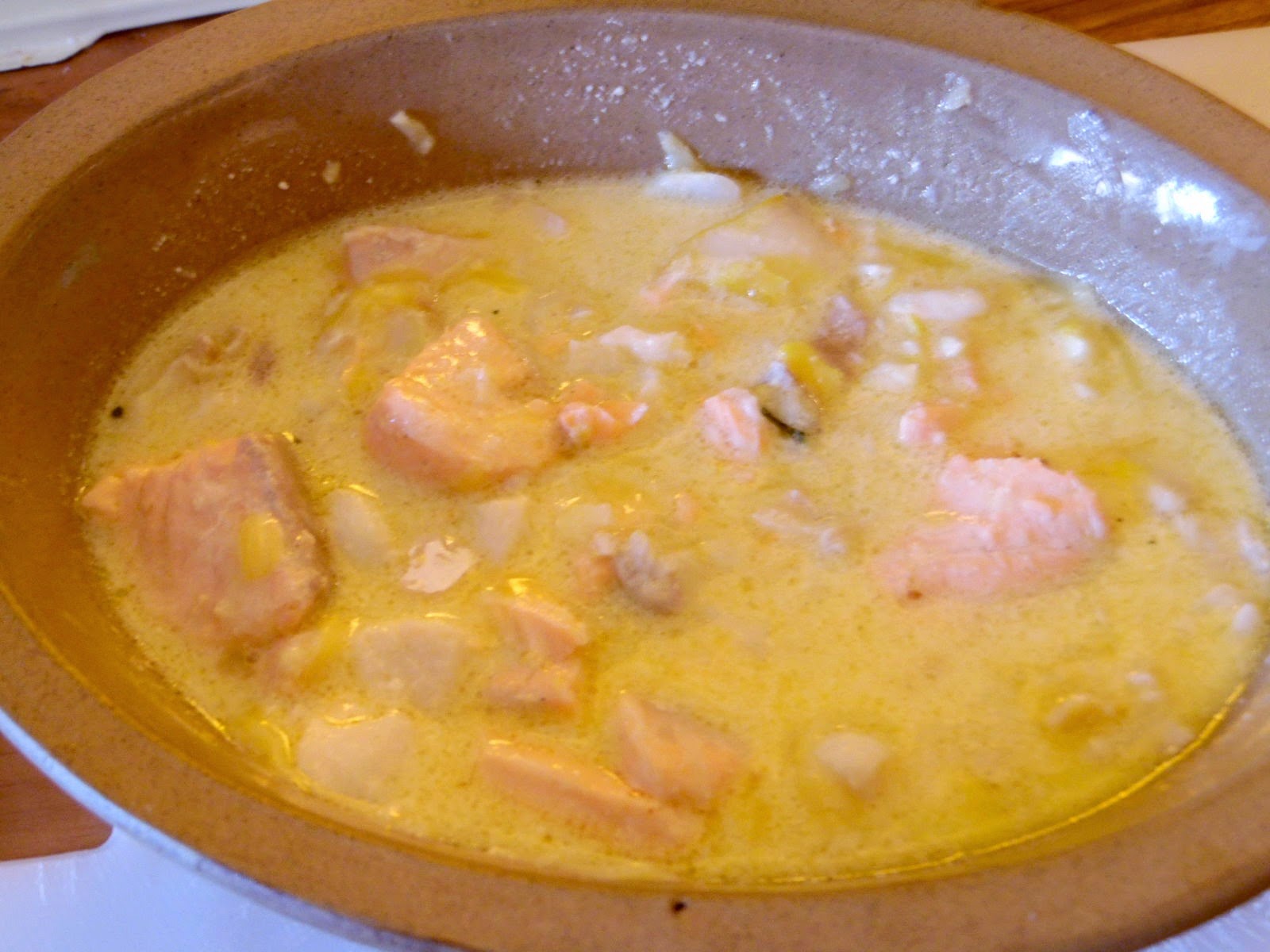 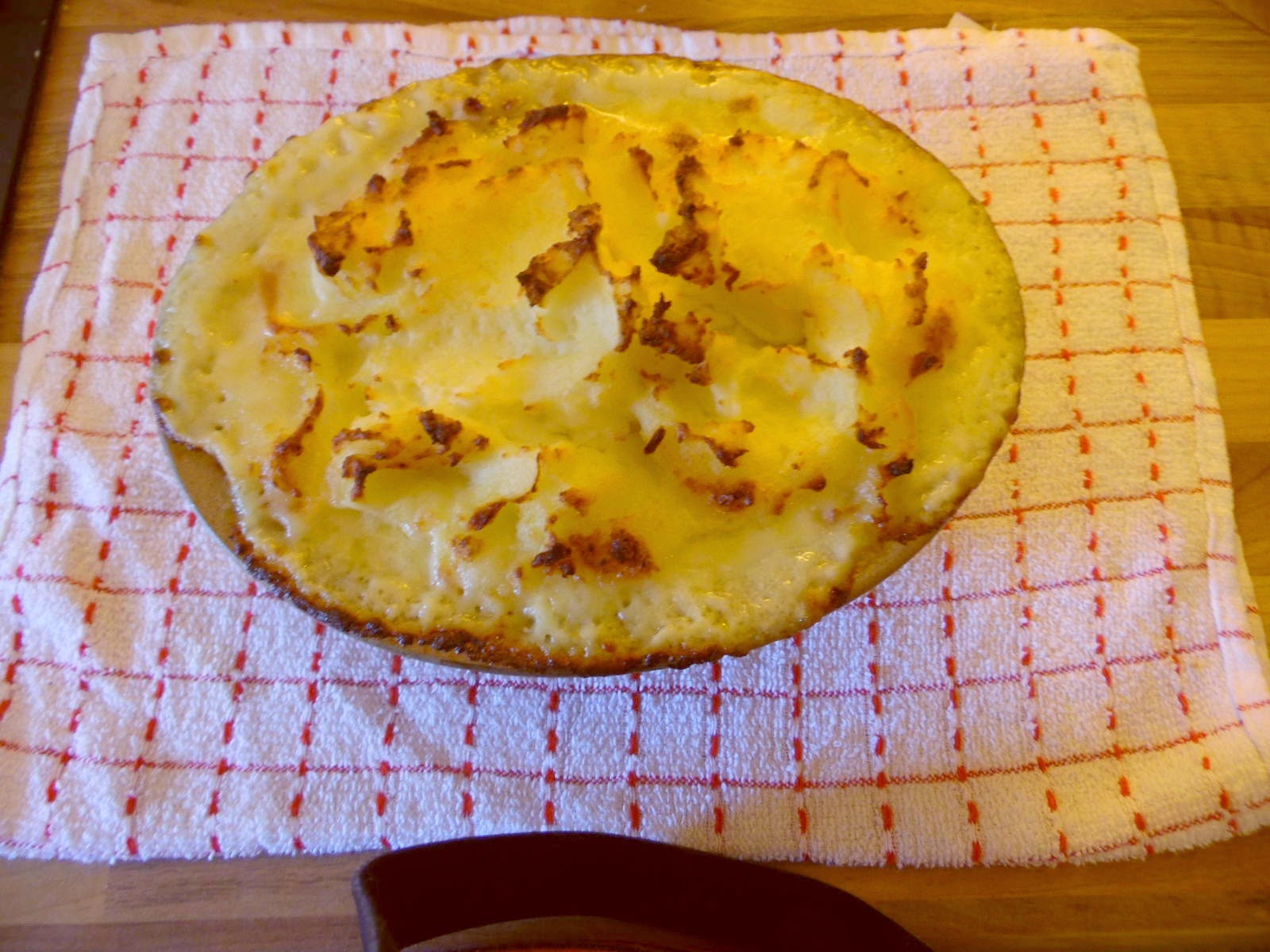 When I make fish pie, I buy a fish pie mix from my local supermarket. This is 3 different types of uncooked fish. prepared and cut into chunks ready to just turn into a pie. It probably works out a bit more expensive to do it this way but I feel that when I'm only cooking for myself it's the most sensible way for me to buy the fish. I usually poach the fish in white wine, pepper, a knob of butter and half a chicken stock cube, for about 3 or 4 minutes-ish and then take the fish out of the pan with a spoon with holes in it so I can save the cooking liquid and I put the fish in the pie dish. I then turn up the heat and reduce the liquid down to about half and stir through a spoonful of half fat creme fraiche and then pour the sauce over the fish in the pie dish. I then top the fish with mashed potatoes or in this case, riced potatoes and I pop it in the oven for 10 mins or so until the top browns. Sometimes I sprinkle cheese on top too although I didn't yesterday because I didn't have any left. I have to say, the potato ricer is a wondrous gadget!! The potatoes were perfectly squished with not a lump in sight and it only took a couple of minutes to turn them from chunks of potato into fluffy mash. Once I had put them through the ricer, I added a knob of butter and a splash of milk and they were delicious.

Oh and I forgot to mention, yesterday morning I had a delivery from the postie. A parcel. Not in the best condition ever, as you can see, and when I saw the state of the box I was worried that the contents would be damaged but, thankfully, everything was fine. 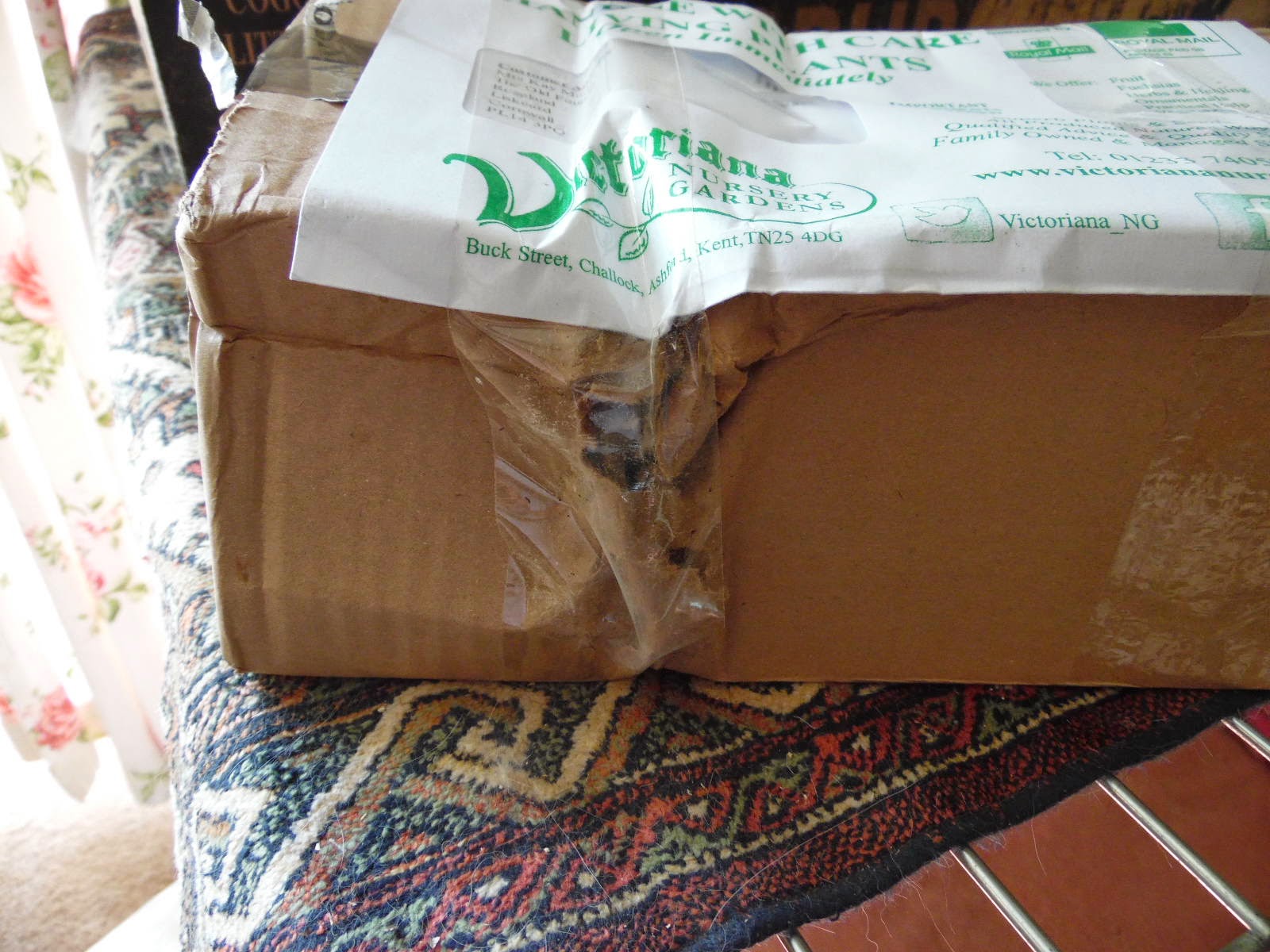 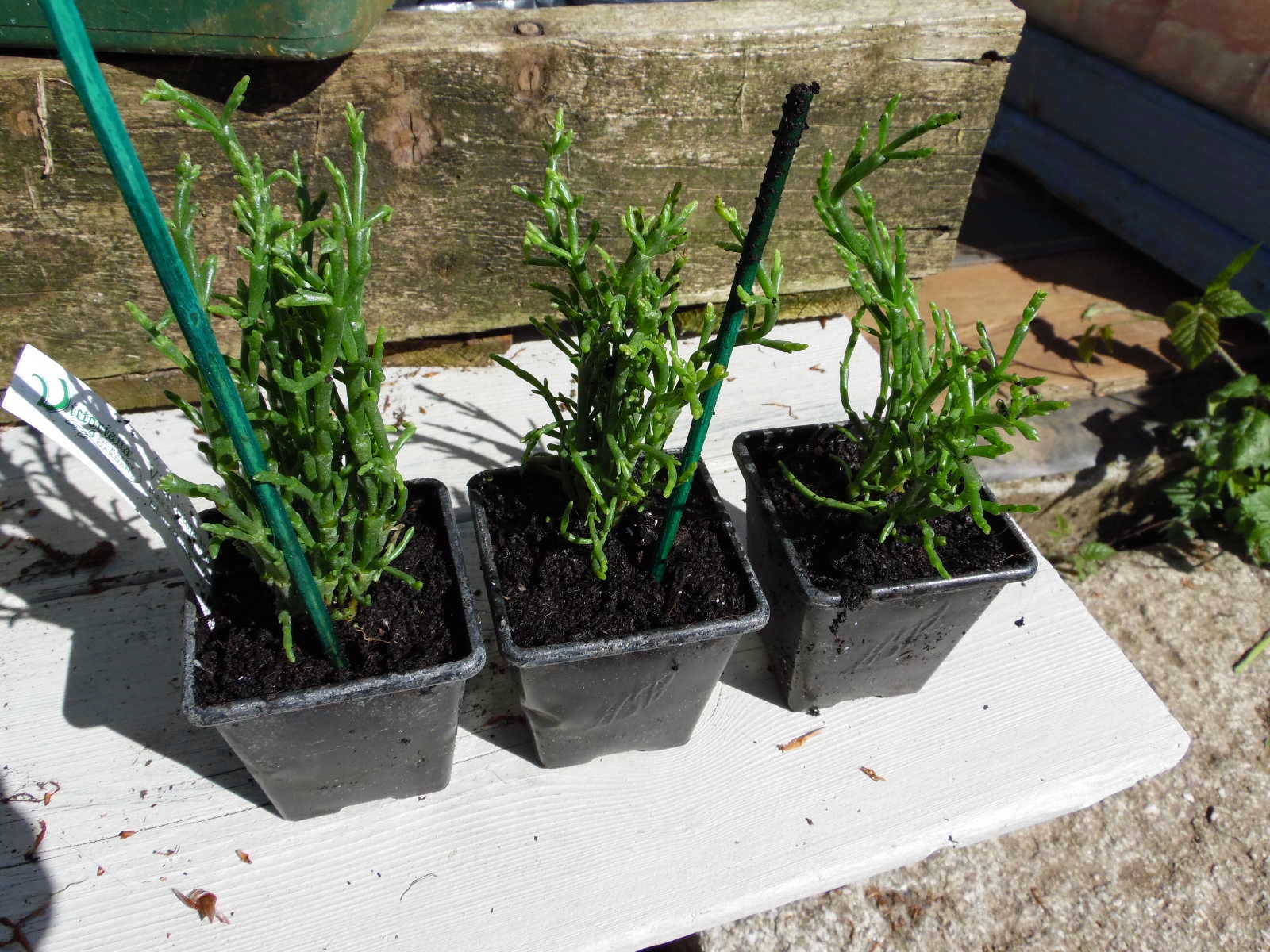