A Cold and Frosty Morning

This morning, once again, I had to go and thaw out the ice in the water troughs in the field. The llamas, otherwise known as "The Boys" because ....well..... because they're all boys, were happily lying in the corner of the field munching on some hay enjoying the early morning sunshine. You would think that in this weather they would be huddled up in their nice warm field shelter but they actually don't use it very much, they prefer to sleep outside, under the stars. With their thick, dense coats, they are perfectly insulated from the cold, but, just in case, as well as filling up the field shelter with hay, I usually put down a thick layer of hay in a corner of the field for them and they are more than happy to just chill out and munch.  In winter, they also have a combination of alpaca pellets and goat mix along with their hay and they can hear the rattle of the buckets even before I get to the field gate. They come charging over to say hello, humming softly while I give each of them a bucket of feed. I have had The Boys for almost 9 years now and they are absolutely lovely animals to own.

Anyway, although it was absolutely freezing this morning, it was beautifully sunny with crisp, clear blue skies, so when I went to feed the boys this morning I took my camera along with me. 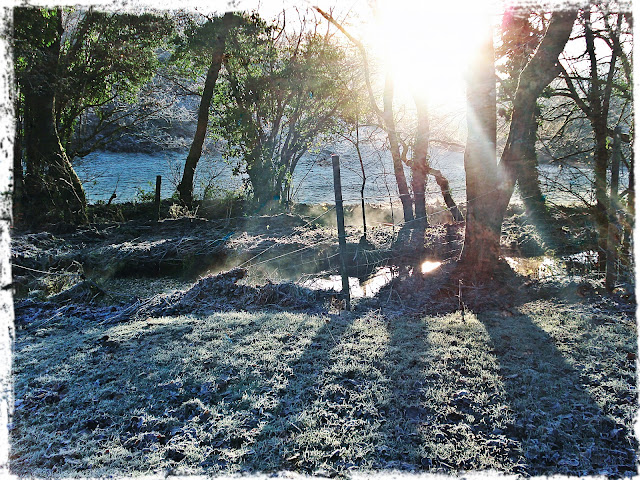 As the sun hits the pond it starts to steam 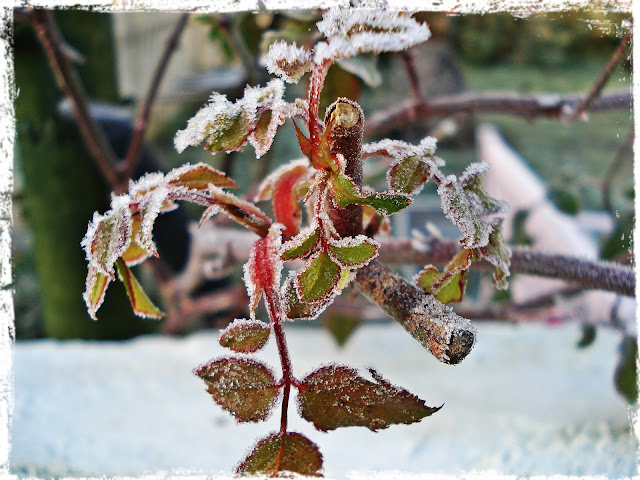 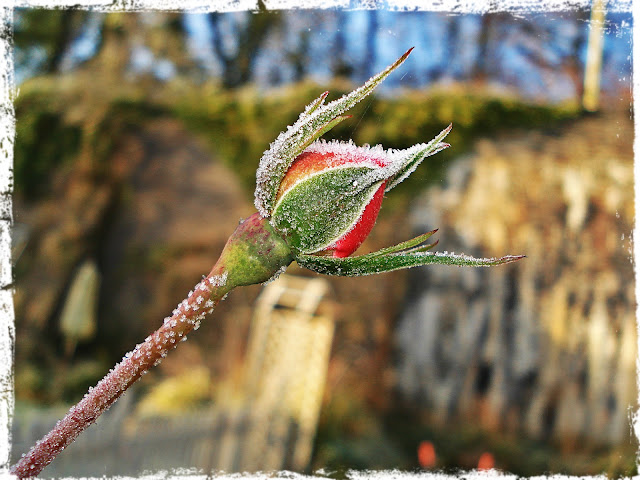 My rose bush is still flowering 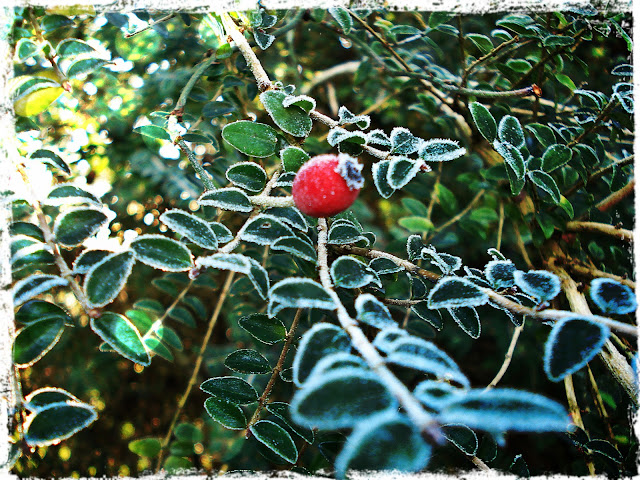 Any way, after feeding The Boys, I decided that as the weather was so nice, I should have a bit of a tidy-up. It's amazing how many plant pots and bits and pieces have managed to accumulate in the garden since the end of the summer. I filled two black bags with broken plant pots, bits of plastic, old plant labels and copious amounts of pink twine from my bales of hay. I risked life and limb clearing the leaves out of the porch roof guttering, re-stacked the logs that had been scattered about by the pheasant that was being chased by my neighbours cat and repaired the gate latch that had worked loose and which meant that the gate didn't close properly. All in all, a good mornings work. By lunchtime though, I was freezing and ravenously hungry, it must be something about being outside it the fresh air that does that to you, so it was back inside to sit by the fire, thaw out and have a lovely bowl of home made chicken soup ....... Yummm 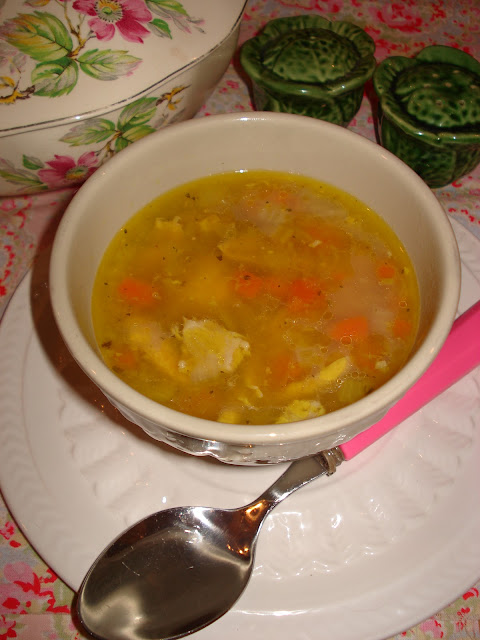